Warning: session_start() expects parameter 1 to be array, string given in /home/customer/www/scottishreviewofbooks.org/public_html/wp-includes/class-wp-hook.php on line 303
 Volume 4 – Issue 2 – Editorial – Scottish Review of Books 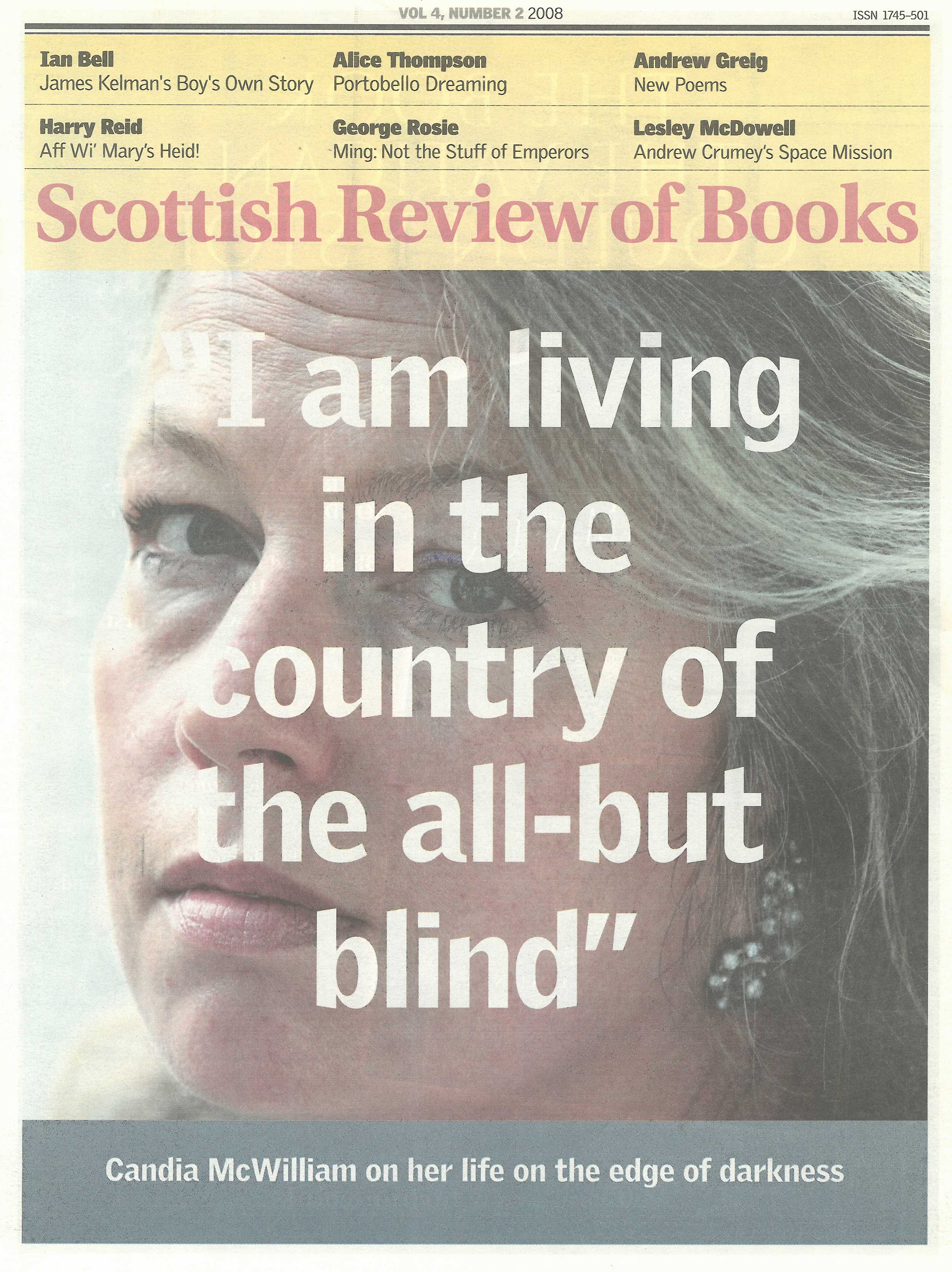 IN THIS ISSUE of the Scottish Review of Books we are privileged to a publish a diary by Candia McWilliam, in which she describes how she is coping with a disease called blepharospasm. Defined byChambers as “spasm of the eyelid”, it sounds relatively innocent. It is not. As Ms McWilliam explains, it renders its victims “all-but blind”. In a nutshell, her eyes are fine but her brain won’t open them.

It is, we imagine, like having a door that keeps on closing no matter what is done to prevent that happening. As far as Ms McWilliam has been able to ascertain there is no known cure for blepharospasm. She was first aware that something was amiss in 2006 while attending in Aberdeen for the Word Festival, whose tenth anniversary falls by coincidence this weekend. At first, she thought her eyes were affected by that city’s light and the “granitic sparkle in the air”. But as time wore on her affliction progressed and her sight deteriorated.

That same year she was a judge of the Booker Prize and how she coped with that is no small wonder. That she did is testimony to her redoubtable spirit and her insatiable desire to read. Now, she says, reading has given way to listening, her addiction to books assuaged only through what used to be known as talking books, as if there were any other kind. As voracious a listener as she was a reader, Ms McWilliam depends on her public library and the website audible.com, which she uses to download audio books, to satisfy her habit.

We can only imagine what she must be going through. For many readers of the SRB, we suspect, reading is like breathing, an essential part of life. Reading Ms McWilliam’s diary we were struck by the thought that while other people may fail or disappoint us, books rarely do. Our attitude to them may change, old favourites may fall out of favour and new ones may take their place. but they will always be there available come what may, patiently sitting on a shelf until we bring them back into play, into active service, into our lives.

We have known Ms McWilliam for twenty years, since the publication in 1988 of her disturbing and brilliant debut novel, A Case of Knives. It was published by Bloomsbury, long before the advent of Harry Potter, when its list was full of literary heavyweights, such as Brian Moore, Jay McInerney, John Irving, Tobias Wolff, Michael Ondaatje and many others. This was the kind of company Ms McWilliam was so obviously meant to keep. A Case of Knives was followed by the no less remarkable A Little Stranger and five years later, in 1994, came Debatable Land, a novel which reminded us, lest we had forgotten, of its author’s Edinburgh roots.

Since then her output has been slim; Wait Till I Tell You, a collection of stories, published in 1994, was her last book. Of course, we and her many constant and ardent fans wish there had been more, and more there surely will be, but we console ourselves with the thought that those she has written smack instantly of classics. Her oeuvre may be small but it is perfectly formed. Hers are books that will endure. And they will be read again and again, each re-reading an opportunity to test and strengthen and renew the bond between reader and writer.

How must it feel when that option is not available? Ms McWilliam, who is as good a reader as she is a writer, says the difference between listening and reading is as different “as can be”. This is undoubtedly true. Hearing a writer’s words spoken, especially if not by the writer, is to distance them from the original, even more so if they have been translated from a language foreign to the reader. There is no real substitute for reading, as there is no vegetarian substitute for steak or sausages.

No one knows this better than McWilliam. “Seeing,” she says, “has always, to a perhaps extreme sense, been my sense of choice, in itself a hubristic thing to make”. What has happened to her is one of those awful things we all hope will never happen to us. But awful things do happen and wonderful things sometimes emerge from even the most of awful of them. We hope that one of those is a cure which will restore Candia McWilliam’s sight. In the meantime, we are grateful to her for reminding us what a blessing it is to be able to read. May we never take it for granted. 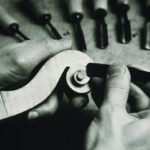