Warning: session_start() expects parameter 1 to be array, string given in /home/customer/www/scottishreviewofbooks.org/public_html/wp-includes/class-wp-hook.php on line 292
 Volume 3 – Issue 1 – Editorial – Scottish Review of Books 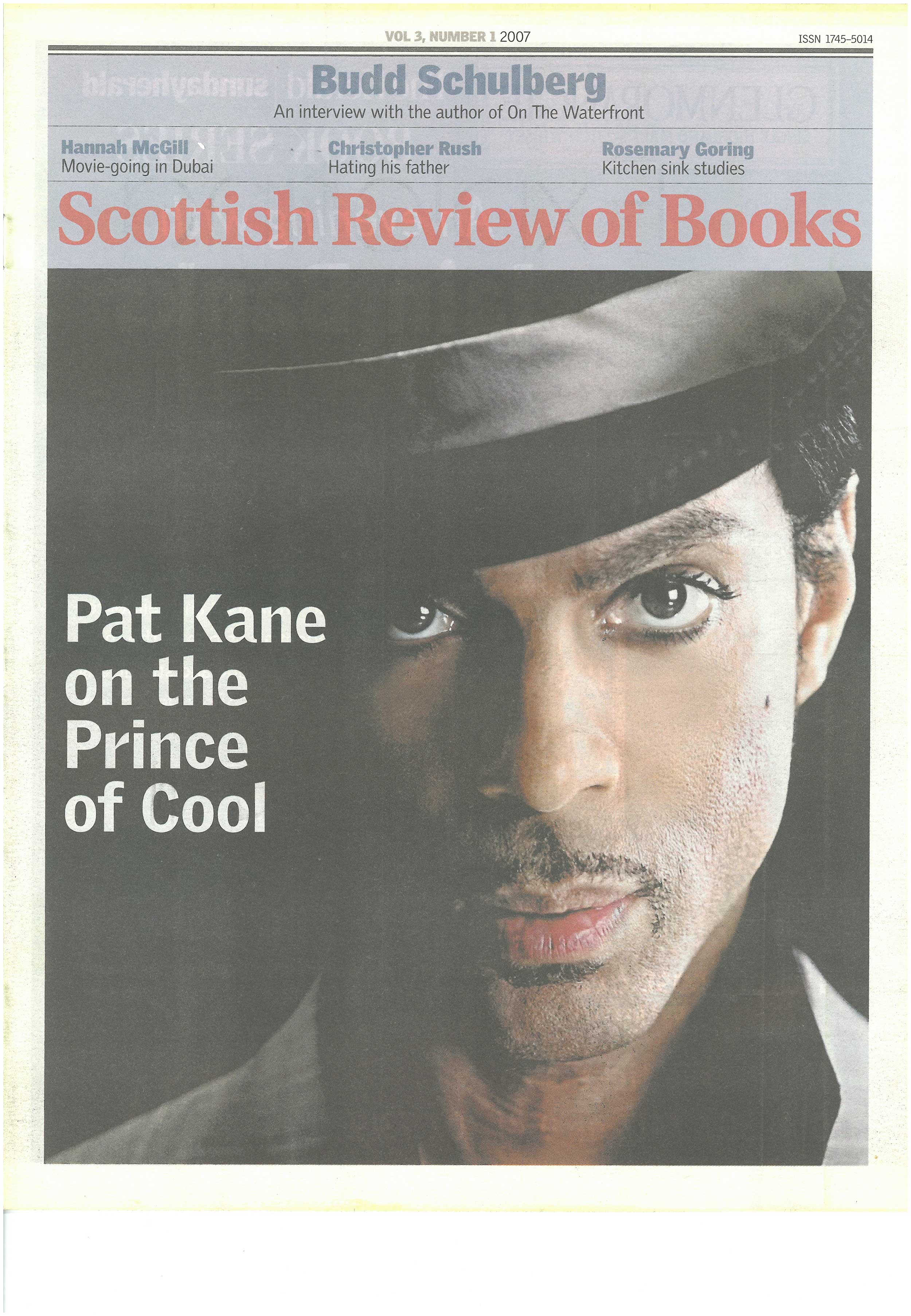 IN Mediated – How The Media Shape The World Around You, Thomas De Zengotita remembers a moment in his daughter’s childhood when she asked who he admired. Wittgenstein, he answered, before proceeding to explain why with obvious difficulty. Intuiting something “stern and forbidding” about dad’s hero, the nine-year-old cut to the chase: “But was he nice?”

The child’s gauche enquiry inspires an indulgent chuckle. Sadly a number of grown-ups appear to have palates no more sophisticated. In a recent essay, novelist Rachel Cusk despairingly described her attempts to get her book club to read Chekhov: “I just think he’s not a very nice person, one lady said.” So what? I hear you say. It’s not as if we look to reading groups for in-depth analysis….ah, only it appears that we do.

Last month saw the launch of the Scotsman’s Book Club, a monthly forum whose discussions of new titles are transcribed on the books pages. First up, the Club tore into Christopher Rush’s childhood memoir, Hellfire And Herring, demonstrating a level of insight that was less the Algonquin Round Table, more a chimps’ tea party. Their comments comprise a compendium of gaffes professional critics (if they are any good) know to avoid: for example, reviewing a book on the basis of what it isn’t (here, Cider With Rosie instead of what it is. Worse, one member took Rush to task for not being fair to one of his characters; can you imagine what bland fare literature would be if authors felt obliged to be ‘fair’ at all times? Rest assured, Rush’s memoir is not ‘nice’ but then the world’s not obviously nice either. ‘Nice’ isn’t nice come to think of it; it’s a narrow-to-the-point-of-mean viewpoint that sacrifices passion, truth, ambition, eccentricity and darkness for
a low-cholesterol limply liberal consensus. For those promoting the nice agenda, the median is the message.

Back in the real world, a number of critics have recognised Hellfire And Herring’s self-evident qualities, and the SRB you hold contains a generous extract in order that you might judge for yourself. Review by committee, alas, is just the latest indignity the trade of literary criticism has suffered. And it is a trade, one that requires wit, patience and knowledge. The possession of a pen and an opinion does not in itself make one a critic. The point is made should you shuffle over to amazon.co.uk and browse the reader reviews of, say, Dan Rhodes’ Timoleon Vieta Come Home, a book some dismiss not because of the quality of writing but because it features animal cruelty at one brief point – the animal in question being entirely fictional.

Contempt for serious criticism goes in hand with contempt for serious literature. “There is no real distinction between ‘good’ art criticism and ‘bad’, since we’d have to presume that one reader’s reaction to a piece of work is essentially more valid than another’s,” wrote novelist Alan Bissett recently on a blog. The truth, unpalatable to many, is that there is a real distinction, or else the books pages could be written by a rotating cast of readers chosen at random like a jury. In another blog, Mr Bissett continued his postmodernism-poisoned thought to its logical conclusion, arguing that any work of art is really only worthy in so far as you enjoy it. He uses this position to put Shakespeare and James Joyce in their place, describing the author of Ulysses as a writer “lucky enough to write baffling, unreadable prose during a period in which it was the vogue to elevate baffling, unreadable prose”.

The argument is dismal which is presumably why its adherents deliberately confuse matters by dragging in politics. ‘Good taste’ we learn is a conspiracy perpetrated by ‘an elite’. “Modernist works [were] designed principally to exclude the masses,” writes Bissett, who invokes, as do his co-ideologues, a hypothetical car mechanic whose opinion is as worthy as the pointy-heads’. That it has never occurred to these people that the mechanic might well enjoy Ulysses exposes who the real snobs are.

Be assured, a literary neo-conservatism is blowing through this land masquerading as the voice of the people. It confuses the right to have an opinion (which everyone has) with a belief that having an opinion in itself is interesting (which it isn’t). Literary critics are not perfect; certainly there are a few who deserve to be defrocked (see the Scotsman’s Book Club). But at his best, a book reviewer produces an entertaining, perceptive piece of prose in its own right, which avoids the ‘liked it/didn’t like it’ axis web critics and book clubs swing between tediously. This war on criticism stinks of Blairism at its worst. Take a whiff; it isn’t nice.

In the last of the SRB we said Agnes Owens is 80. She is 70. Our apologies to her and to Alasdair Gray, the author of the article.