Warning: session_start() expects parameter 1 to be array, string given in /home/customer/www/scottishreviewofbooks.org/public_html/wp-includes/class-wp-hook.php on line 303
 No Patter Merchant – Scottish Review of Books 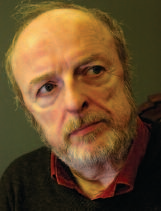 RECENTLY I CAME across a description of Tom Leonard’s poetry, entirely typical, that almost made me laugh. Not quite, but near enough. The poems, said a BBC website, dispensing with irony, make “frequent use of Glaswegian vernacular speech”. That, as even an Edinburgh boy thought, will be right.

As it is, of course. Leonard is famous – or as famous as a Scottish poet ever gets – for writing ‘Glaswegian’. But why so vague? Which Glasgow? If specificity of linguistic origin is vital to the locating of Leonard, why not explain that here “vernacular” is richly – what shall we say? – allusive? It’s a code.

Yet for equal and opposite reasons, no-one ever fingers Keats as the canonical Cockney, or reminds you that Sydney Goodsir Smith, that fine writer of Scots – in the vernacular? – was a born and raised New Zealander. Was W.S. Graham a Greenock poet because he spent most of his life in Cornwall? How about Burns Singer, with his first four years in New York and the rest of his life, such as it was, in Glasgow? ‘Glaswegian’?

Where Leonard is concerned, we know better, or should. ‘Vernacular poet’ is a loaded gun; ‘dialect’ (sociolect, if you load both barrels) is the ammunition. Ted Hughes wrote in a certain vernacular, some of the time. You can hear it if you listen, but no one ever mentions the fact. With Leonard, no one ever forgets to mention the fact of language. He has not named his latest collected/selected outside the narrative on a whim, therefore.

If stuck, or if they are wary of ‘class issues’ and tangled arguments over power, speech and political exclusion, some of the thumbnail sketch writers will resort to ‘colloquial’ and tell you – what a relief – that Leonard is also very funny, often enough. Again, neither description is false, exactly, just evasive. It is as though to say that here is some purveyor of Glasgow patter, rather than a poet embracing a strand of late Modernism, one whose linguistic and formal strategies run deeper than ‘proper’ English allows.

Colloquial? That would be William Car-los Williams, for one, who instructed: “Say it! No ideas but in things”. The New Jersey baby doctor did not abjure ideas any more than Leonard abjures ideas, but in the introduction to his great, unfinished poem ‘Paterson’, Williams wrote of “the poet’s business”. It was, he said, “Not to talk in vague categories but to write particularly, as a physician works, upon a patient, upon the thing before him, in the particular to discover the universal”.

The American went on to quote John Dewey: “The local is the only universal, upon that all art builds”. A cliché, of course, these days at least, but far easier said than done. Williams had to find the resources and discover the method before he could write, “The pure products of America/ go crazy”. Leonard has acknowledged the influence – with e.e.cummings, Ian Hamilton Finlay, Mayakovsky and others besides – often enough. That did not, I think, simplify his task.

Hence another ‘problem’: he makes it look and sound seductively easy. Consequently a great many people have tried and failed to write as Tom Leonard seems to write. His best-known poems, with the music of their seeming plain speech, entice innocents who see no problem with the speaking thing. The parallel is anything but exact, but Wordsworth slaved to put plain, ordinary language into the Lyrical Ballads. How many Wordsworths, at the last count? And how many other poets have instructed themselves to stick to the speech of ordinary folk, and how many have succeeded?

Another cliché: the best art always looks effortless. Which is to say that effortlessness requires a great deal of effort. When Leonard’s Six Glasgow Poems first appeared in 1969 the shock, I’m told, was two-fold.

First, of recognition: this was ‘Glaswegian’, certainly, unmissable and exact, but it was not the parodic music hall couthiness to which the people of Glasgow had been subjected for long enough. Hence the second shock: it was a Glaswegian never before admitted to print. The Scots language movement had missed a bit. Neither embalmed Scots nor standardised English was adequate even for the transcription of this speech. And Leonard’s was no found, overheard poetry: these were verses in the Modernist tradition. No one, by definition, was treating this language, this specimen of the local/universal, in this way.

Bad words, too, for those who could hear. What choice was there if you refused the wee asterisks that still defend decent English from reality? Thus (“Good Style”): “helluva hard tay read theez init/ stull/ if yi canny unnirston thim jiss clear aff then/ gawn/ get tay fuck ootma road”. This writing was particular about being particular. Routinely – and in some parts of working Scotland accurately – Leonard’s tay would have been tae, yi certainly ye, and jiss some version of jist. In The Broons and Burns we trusted. But that wouldn’t have been the truth, or thi trooth.

What truth? Leonard had a purpose, something to explain. James Kelman and others were to take up a similar argument later. The simple way to say it might be: language is political. It grants or denies status and power. ‘Uneducated speech’, a description levelled as a charge by those who reserve the right to make the charge, is a phrase intended to achieve a precise end. It rarely fails to intimidate. With a solid wall of education at his back, Leonard was refuting the lie.

So they called him ‘radical’. A poet who can become infuriated by adventures in Iraq and mass murder (‘Litany: Blair’s Britain’) might prefer the word ‘civilised’, but radicalism has always been honoured by the intended insult. All it truly means is ‘not reactionary’, and for the left, as for the working poet, that will do. Leonard is called ‘political’, too, as though a laureate such as Poetry-in-Motion, agonising over doggerel-by-appointment, had no political purpose.

But again, the word will do: it, too, is part of the language-and-politics argument. Proper English is never political: discuss. Or remind yourself, while I turn off the TV, of the poem in Unrelated Incidents that people who don’t know Leonard’s work always know. In part it goes:

is me tokn yir right way a spellin. this

yi canny talk right. this is the six a clock nyooz. belt up.

Leonard can be funny about oppression, of course: that too is ‘Glaswegian’, no doubt. But it would be better to say that he places himself in the great, unbroken line of satirists for whom power itself is the enemy of poetry and people. He doesn’t do jokes in the manner of certain of his contemporaries, the sort who mistake a reading for a stand-up performance. Precisely because his satire has an ageless content, it can make you laugh even when you know the verse, and know where it is going. Sample:

one for thi master

‘Patois’, eh? Or ‘demotic’, perhaps? English, good English, has all sorts of words at its disposal by which to delineate – there goes another one – the boundaries of the fit and proper, not least where poetry is concerned. Yet, and of course, Leonard can write exquisitely in the standard dialect, the one that does not baffle the contentedly educated, when he sees fit.

‘Being a Human Being’, dedicated to the betrayed and imprisoned Israeli Mordechai Vanunu, with its typically Leonard title, is fine, bitter and ‘English’. The eight lines of ‘Kierkegaard’ may be one of my favourites (“true to the place/of doubt”) in outside the narrative. There are others: each involves a choice, and choice in language is liberation. Put aside the argument over English-English for a minute. Leonard does not write in ‘literary Scots’: why would, or should, he? It amounts to another kind of received pronunciation.

But let’s deal with what this poet does, rather than with what he refuses to do. One simple observation is that he makes things hard for himself. His reputation is secure. No anthology of Scottish poetry is complete without his verse. The fact remains, nevertheless, that ‘dialect poets’ plough lonely furrows.

They are caricatured and typecast. They are shown to their wee pigeon-holes and crammed in, whether they like it or not. And they limit their audience. Or rather, limits are placed upon their audience simply because of a stubborn insistence on the right to handle language as they see fit.

Robert Burns tried his hand at the standard English of his day and wrote like a man struggling for air. Leonard does not have that problem. Yet had he moderated his language – I mean exactly what I say – he would be more widely read and published beyond Scotland than he is. So have all those fine ‘Glaswegian’ poems been self-defeating?

The question is not meant to be insulting. I like Leonard just the way he is. I wouldn’t have him any other way. But if you grant that English is international, what do you say to the English-speaker (not necessarily an English person) who picks up Unrelated Incidents? The irony is in the poem: “fyi stull/ huvny/ thoata lang-/ wij izza/ sound system…” Leonard’s liberation might seem like an imposition, of no help to poet or reader.

T.S. Eliot – never ‘political’: just your basic anti-Semite – once said that a poet has to educate his audience. W.C. Williams said that he wanted to write a poem that “you” can understand, but you have to “try hard”. Does Leonard make it too hard for non-Scots, and render education impossible, and hobble himself? Many, most, Scottish writers accept standard English for the sake of being heard. Are they wrong?

The best answer: no one is wrong. What Leonard’s work seems to say, however, is that not all choices are freely made. Some are born to the international Latin and impose it on others. The rest of us can accept or refuse, learn the elite tongue or shut up. But there is more, implicit in Leonard’s non-standard poems: even those who accept, who learn to speak and write ‘proper’, destroy something in themselves. They have taken elocution lessons, sanctified discrimination, and changed sides in the old class war. Read Leonard’s ‘Remembrance Day’ – any English-speaker can – in that light:

I know what it is to be powerless

I know what it is

to be made to lie low

while the unknown enemy invades you

not to have words

for what is happening for grass and tree

and inanimate thing to be

Leonard is right, but it was necessary to ask the questions. I won’t be the first or the last. He is not, in any case, the only writer in the ‘English-speaking world’ to have refused to accept that language is a caste system. outside the narrative, as a title, nevertheless describes his situation. It also illuminates the condition of the Scottish working class, that cluster of sound systems. To put it otherwise: even the formal adventures in Leonard’s newest collection are political acts.

The selection from Ghostie Men embraces some of these arguments, and a good many more. ‘Number 17’ should be taught to every 12-year-old in Scotland (any century now). It begins: “right inuff/ ma language is disgraceful”. It proceeds: “sum wee smout thit thoat ah hudny read chomsky tellt mi”. It continues: “even thi introduction tay thi Scottish National Dictionary tellt mi”. And concludes:

Now just imagine how long it took to tell the spell-check on this laptop to “ignore” words in all that you have just read. Then ask yourself, as Leonard might, why even dumb machines are taught to ignore ‘Glaswegian’. That last line from Ghostie Men 17 is a universally useful line. 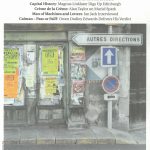 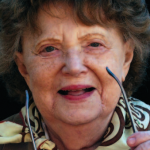