Warning: session_start() expects parameter 1 to be array, string given in /home/customer/www/scottishreviewofbooks.org/public_html/wp-includes/class-wp-hook.php on line 307
 Best Laid Plans – Scottish Review of Books

IT WOULD BE APPROPRIATELY Geddesian to push a review of essays about the great and chaotic Scottish generalist to the very rag-end of a deadline. But I could only attempt to write this in the aftermath of the Scottish Parliament general election of 2007. And if the SNP had failed to achieve even that symbolic numerical supremacy of one-seat-more-than-Labour… Well, I’ll be honest: the effort of taking patriotic refuge in the relatively autonomous traditions of Scottish thought and culture, in the face of yet another close-but-no-cigar failure of collective will, would have been too much for me.

This strange, anvil-headed Darwin clone would have sailed straight into the Oxfam books box: my duties to this necessary new outlet for Scottish letters grumpily spurned, as yet another necessary period of bruised hibernation began.

But it’s alright. By the margin of one SNP MSP, I am able to find room in my head for the teeming life, and even more complicated diagrams, of one of modern Scotland’s most influential, but certainly most difficult intellectual makars. Geddes, an Empire-defined univeralist, coiner of the phrase ‘think global, act local’ – and whose contempt for most party politics was tangible – would hate me for this. But my own exploration of Scottish traditions of thought has always had a tight relationship with a politics of self-government.

The equation – whose outcome is literally etched on the walls of the Scottish Parliament – is thus. We have these historic accents of the mind, in philosophy, education, economics, literature; therefore we are justified in arguing for that polity, as the manifestation of our distinct rationale about how we can order and shape our social world. I first came across Geddes in a special edition of The Edinburgh Review in the late Eighties. The ER, and its crew of wild-eyed generalists, was the classic example of a lifeboat of Scottish ideas in the midst of stormy Thatcherite seas. Charmingly, Alex Salmond’s victory speech on the 3rd of May gave a nod to the immense labours of Scottish thinkers and creatives over the last thirty years, particularly those of a self-determinist bent, when he quoted Alasdair Gray’s famous axiom: work as if you were in the early days of a better nation.

That was gratifying enough. But take Philip Pullman’s “subtle knife”, and carve out a hole to a different Scottish universe. What kind of world, and what kind of Scotland would we be living in, if Salmond’s one cultural reference at his moment of triumph was an even pithier, and arguably more elegant phrase, by Patrick Geddes: “By leaves we live”?

A world, I’d argue, which could soon be upon us – in which the “work” of a better nation might be as much about maintaining our wellbeing in the face of environmental austerity, as it is about econometrically-robust plans for growth, or the carve-up of post-coalition ministerial positions. For all its considerable fustiness, Luath Press’s A Vigorous Institution: The Living Legacy of Patrick Geddes, contains one or two essays which tie Geddes to our current slow acceptance of Al Gore’s inconvenient truths. Geddes’ was undoubtedly a futurist about ecological sustainability – an advocate for garden cities and appropriate development at the roaring, supremacist heights of the smoke-stacked Age of Empire.

On the leaves quote, Geddes is worth citing in full here: “This is a green world, with ani-

mals comparatively few and small, and all dependent on the leaves. By leaves we live. Some people have strange ideas that they live by money. They think energy is generated by the circulation of coins. Whereas the world is mainly a vast leaf colony, growing on and forming a leafy soil, not a mere mineral mass: and we live not by the jingling of our coins, but by the fullness of our harvests.”

From prose like this, one can easily understand why Geddes has inspired generations of Scottish artists – the sculptors Kenny Small (writing in this volume) and most notably George Wyllie – and thousands of eco-activists. Yet it’s worth dwelling a little on how much Geddes might contribute not just to the counter-cultures of Scottish society, but to its governing institutions.

Quite the most intriguing piece in A Vigorous Institution comes straight from the heights of the Scottish state (such as it is). To what extent would Geddes – confidant of Rabindrath Tagore (Gandhi’s inspiration), mentor to the giant of American urban planning Lewis Mumford, correspondent with Darwin and Tolstoy – speak to the soul of James Mackinnon, Chief Planner of the Scottish Executive? Um, only a wee bit. The title – ‘Making Planning Respected and Respectable: Lessons from Geddes’ – couldn’t sound any more incorporative of someone who idolised the Russian anarchist Peter Kropotkin.

Yet even in this slightly testy piece, laced with impatient references to Geddes’ incomprehensibility and impracticality, Mackinnon does grant credibility to his concepts of ‘place and space’ for town planning. And for a government bureaucrat, he is at least aware of Geddes’ emphasis that the “development of local life, a regional character, a civic spirit” has to happen “always in its own way and upon its own foundations”, rather than imposed from on high by planners – which, as Mackinnon pithily observes in the postwar context, have often trod “the fine line between vision and hallucination.” (See Cumbernauld Town Centre, or the Birming-ham Bull Ring).

There is a distinct sanguinity rising from these pages, regarding the free-wheeling, multidisciplinary, transcontinental life of Geddes from a folder-cluttered office at Pacific Quay. Nodding with approval at the sage’s declaration that “I cannot and will not keep accounts,” Mackinnon notes that “he certainly would have found himself in the firing line had he been placed in charge of the Holyrood project!”

The essay which puts most ‘living’ into the ‘legacy’ of Geddes is Mike Small’s ‘Universalism and the Genus Loci: Geddes in Cyprus, Italy, Catalonia and Japan’. Small is an interesting figure, the webmaster of an excellent

Geddes online resource, who I last saw profiling the Scottish blogosphere – and its possible contribution to a bottom-up, civically-driven SNP victory – on the website of the Guardian newspaper. Here he enlists Geddes, and his railings against “carboniferous capitalism”, in the service of eco-activism: the power of the “local”, the shape and character of places, cities and habits, as a basis of resistance to “pan-global (in-) corporation” and stultifying mass media.

Small quotes some fascinating Italian architects and planners who are devotees of Geddes: Alberto Magnaghi, for example. His claim that “the territorio (or region) is a work of art, arguably the highest that humanity has ever produced” gives some background to the Italian ‘Slow Food’ and ‘Slow Cities’ movement: a sensuous protest against standardisation, exemplifying the combination of ‘Place, Work and Folk’ which is Geddes most lasting trinity of concepts. When Magnaghi lectures at the World Social Forum in Porto Alegre in 2002, citing Geddes in his advocacy of the ‘bioregion’ (urbanity plus environment) as the proper unit of planning, it’s difficult to imagine he doesn’t have these words, quoted from Geddes’ Cities In Evolution, in mind: “Each place has a true personality, which it is the task of the planner, as master-artist, to awaken. And only he can do this who is in love and at home with his subject.”

There’s no doubt that Geddes, very much like MacDiarmid, is one of those intellectual volcanoes in the history of Scottish thought and practice – emitting some fire, but at least as much smoky ash. If we’re at all interested in providing resonant and authentic rationality for Scottish governance – and I accept that many people simply won’t be interested in the slightest – we have to constantly approach and engage with legacies like Geddes’.

The newly elected regional member for the SNP in Gordon Brown’s backyard – the historian Christopher Harvie – has been a one-man industry for the contemporary relevance of Geddes (so much so, it’s a surprise not to see him in this volume). I don’t want to use him as a test to see whether any of the Geddesian vocabulary can make it into the minutes of the Scottish Parliament – one can just imagine the elevation of the eyebrows on various benches. But that doesn’t mean to say that he shouldn’t try.

One of Geddes’ many distinctions should suffice – that between a “paleotechnic” and a “neotechnic” age. Neotechnics are technologies that foster humane, ecologically-balanced communities. But this passage from Geddes’s Cities In Evolution on “pale-otechnics” makes its own meaning clear:

“As paleotects we make it our prime endeavour to dig up coals, to run machinery,

to produce cheap cotton, to clothe cheap people, to get up more coals, to run machinery, and so on; and all this essentially towards ‘extending markets’ … But all this has been with no adequate development of real wealth, as primarily houses and gardens, still less of cities and towns worth speaking of: our industry but maintains and multiplies our poor and dull existence. Our paleotechnic life-work is soon physically dissipated: before long it is represented by dust and ashes, whatever our money-wages may have been.”

Across the century, you can hear the essence of our contemporary ‘politics of well-being’ and ‘quality-of-life debate’ ringing out of this passage. This is undoubtedly the shared domestic battleground between most contending political parties in the modern developed world. And as Harvie’s never-ending stream of essays and interventions has shown, Geddes is a vast conceptual warehouse, in many respects astoundingly ahead of his time, that can be raided and adapted to ‘nativise’ these general debates for Scottish consumption.

One concept that I think can be reanimated is his concept of ‘sociography’ – the fusion of sociology and geography, where a consideration of the living conditions of a region or town, is combined with a graphical and territorial survey. The bristling maps and plans that Geddes generated out of this ambition – his ‘thinking machines’ – have often been gingerly skirted round in Geddesian scholarship, put down to a combination of his failing eyesight and his out-of-control intellect.

But it strikes me that, particularly in Scot-land, we actually have a revival of ‘sociography’, conducted through ‘thinking machines’. The thing is, it’s called the computer games industry. Extract the prostitutes and gangsta killers from Grand Theft Auto – conceived and planned in Dundee, as we know – and what you have precisely is the dynamic simulation of a social, economic and cultural world, viewable from every angle and elevation, and with every detail outlined.

Geddes was no stranger to visual tools: he used to drag people to the Outlook Tower in Edinburgh, encouraging them to use the Camera Obscura to identify flows and blockages in the city below them. It’s only a slight stretch, I think, to imagine he’d be trying to hustle some game designers to create some amazing urban mapping technologies, were he stalking the streets of Dundee today.

Much of A Vigorous Institution is, to put it kindly, a little antiquarian in its approach to Geddes: for anyone wishing to grapple with the totality of his work, this is not the place to go. (To be fair to Luath, it has already published Think Global, Act Local, which more comprehensively deals with the life and legacy). But it’s bliss in this very dawn – a very, very bleary dawn – to spend some time imagining what connections might be made, once the horse-trading has settled down, between the irrepressible energies of Scottish intellectual tradition, and the conduct of good, just and visionary government. I would very much like to think that Geddes – with the appropriate translators in place, of course – will be one of those connections. 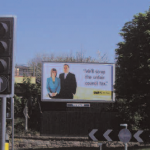