Warning: session_start() expects parameter 1 to be array, string given in /home/customer/www/scottishreviewofbooks.org/public_html/wp-includes/class-wp-hook.php on line 292
 Volume 5 – Issue 1 – Editorial – Scottish Review of Books 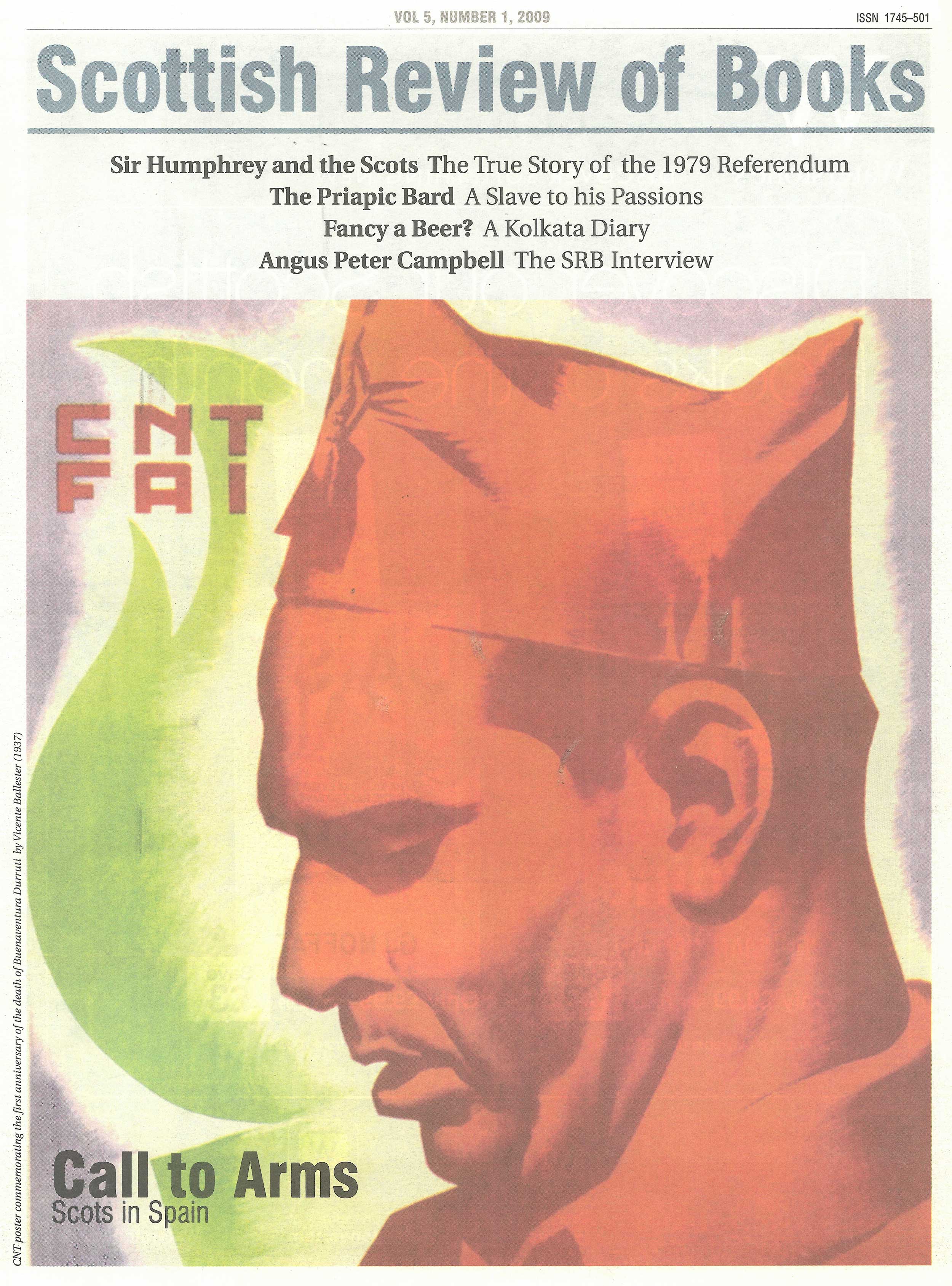 Between our last issue and the one you hold in your hands, Harold Pinter died. There are many things we could mention at this point to honour his memory – the plays, the poems, the screenplays, the Nobel Prize speech – but one in particular comes to mind in these first months of 2009. In 1965, Pinter’s play The Homecoming premiered in London. At the centre of the play is a philosophy professor returning to his childhood home after working in America. As Pinter knew too well, homecomings are frequently fraught matters, brimming with ambiguous, sometimes hostile emotions.

2009 has been marked down by the Scottish government, in association with EventScotland, as Scotland’s Year of Homecoming. Robert Burns is central, with 2009 marking the 250th anniversary of our national poet’s birth. Other cosy identifiers of supposedly echt-Scottishness have been drawn into promoting the Year of Homecoming – Golf, Whisky, the Enlightenment, and so on. The centrepiece of the campaign is a star-studded tartanified take on the BBC’s ‘Perfect Day’ advert of some years back, where the celebs, one at a time, sing a line of a song, in this instance ‘Caledonia’. Once used to punt beer, ‘Caledonia’ is now selling Scotland itself to tourists, homesick Scots and descendents of Scots.

What the advert doesn’t and couldn’t acknowledge is exactly what Pinter homed in on: the discomfort and hostility homecomings engender. For, if we’re honest, we would admit Scots, while generally friendly towards visitors, have not always been welcoming to those brothers and sisters who have left the country behind.

One area in which this has been conspicuously the case is literature. There are numerous examples of Scottish writers who have been snubbed by native critics, academics, and anthologists for not being, in their collective opinion, Scottish enough. Robin Jenkins, for example, opined that “any real Scottish person” would not believe Muriel Spark was one of them. Allan Massie has on occasion been moved to prove his Scottish credentials, while William Boyd was excluded from The List’s Best 100 Scottish books in favour of those diehard Caledonians George Orwell and Virginia Woolf.

The reasons for this blindspot are complex. It’s partly to do with class, place of origin, and what might be called thematic concerns. Massie and Boyd were born abroad, Massie in Singapore, Boyd Ghana. Although they both returned to Scotland to be educated, they did so at fee-paying public schools. Their class, at a time when Scottish literature was thought to be defined by the grittier school of Kelman, was a liability as far as achieving recognition in Scotland itself. Similarly, Boyd and Spark were often accused of writing novels that did not convey distinctly Scottish concerns. Frequently, the novels weren’t set in Scotland! Worse, the authors didn’t even live here! Paradoxically, should such successful Scots return home and comment on their country, particularly its ills, their gift will only be even more resentment.

While there are no consistent criteria as far as judging who’s in and who’s out – Robert Louis Stevenson appears to have escaped unfavourable comment despite his globe-trotting – the sense of betrayal when Scots leave is genuine. Which leads us to an intriguing ‘what if’. In 1786, an impoverished Burns had planned to emigrate to Jamaica to take up work as a bookkeeper on a slave plantation. To pay his way, he was persuaded to publish a few of his poems, a process that ended in the publication of Poems, Chiefly In The Scottish Dialect, and literary success. The trip was off. Still, it raises the question, if he had left, whether we would ever have heard of Burns? And even if he had published, would Scots hold so dear to their hearts, an expatriate?

This month sees a new phase for your Scottish Review of Books. For the magazine’s first four years it has been under the ownership of independent book publisher Argyll Publishing. Now it is owned by a new company, Scottish Review of Books Ltd. This new company has attracted a complementary and supportive board of directors. Membership comprises Christopher Gane, Vice Principal of the University of Aberdeen; Christopher Harvie MSP; Harry Reid, author and journalist; and Jan Rutherford, publicist in the books world. The magazine’s editor Alan Taylor will join the board as will Argyll Publishing’s Derek Rodger who will act as managing director over the transition period. We have interest from other potential members, but already the make-up of the board gives a rich spread of expertise and a wealth of commitment and energy to take the magazine forward.

Some of our plans are mentioned in our Subscriber advert on page 27. As regular readers know, nothing about Scottish Review of Books is cheap, so if any readers wish to lend support, joining our core of subscribers is a good place to start.

A Life in a Year

Breaking Up Is Easy To Do 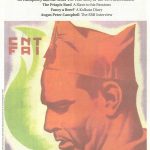