Warning: session_start() expects parameter 1 to be array, string given in /home/customer/www/scottishreviewofbooks.org/public_html/wp-includes/class-wp-hook.php on line 307
 NIGHTMARE ON PENNSYLVANIA AVENUE – Scottish Review of Books 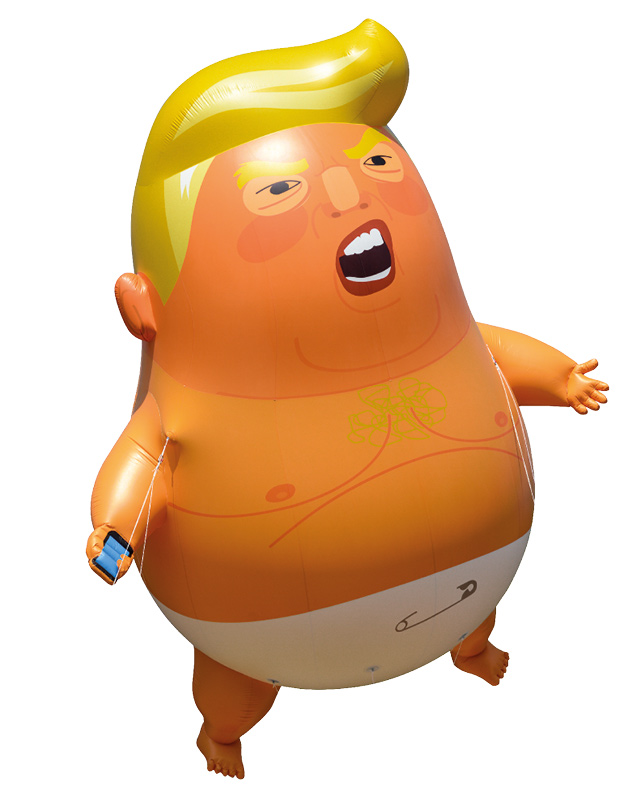 Fear: Trump in the White House

As a child I thought little about history and politics; astronauts took up all my time. But after the wave of assassinations in the 1960s, Vietnam, Cambodia, Laos, the 1968 Democratic Convention in Chicago, Watergate, and Iran/Contra, I decided that all the patriotic, narcissistic, self-ennobling rhetoric in my fifth-grade history book had been crap. I have been living in Scotland since 1980. Just a glance at the front page of the New York Times makes me feel sick every morning. But I need to keep an eye on the auld countrie.

What my pale blue fifth-grade history book never said was that it was only a matter of time before the stupidest person in the world became President of the United States. The political system is slanted to guarantee that the least qualified people rise to the top, and it’s hard to see how we are ever going to get out from under this mess. The United States is quite likely finished as a nation. But the problem is not only that Trump is stupid – he is a child.

What’s hard to understand is how this toxic cloud of flabby, grey-haired, pink males can have settled over the government and the nation so quickly and so permanently. The answer, of course, is that the US was like that all along and the Democrats were hiding it from us, presiding, as the Republicans have always said, over the decline of the country. The Democrats constantly try to kick the reality of America under the rug, while becoming more and more corrupt, conservative, in fact Republican, themselves. What is so nauseating is how many rapacious, idiotic people attached themselves to Trump, and how many more of them were suctioned to his underbelly when he finally lazily swam into the White House.

Bob Woodward’s Fear is a sort of ‘police procedural’ of the first two years of Trump’s presidency. It’s the story of how the ever-changing staff has had to learn to deal with their big baby – by figuring out when he is most likely to have a tantrum, by going to great lengths to fool him, even by surreptitiously snatching terrifying legislation from off his desk, something that Gary Cohn, Trump’s Chief Economic Adviser, and White House Staff Secretary Rob Porter (who emerge here as heroes of a kind) began to do regularly, even religiously:

At least twice, Porter had the order drafted as the president had directed. And at least twice Cohn or Porter took it from his desk. Other times, they just delayed.

Trump seemed not to remember his own decision because he did not ask about it. He had no list—in his mind or anywhere else—of tasks to complete.’

There have been several concerted staff attempts to get Trump away from Twitter, which he uses not only to insult everybody in the world, but also to announce firings, hirings and, unbelievably, policy he hasn’t run past his staff. Because it’s the middle of the night and he’s in a rage about something. Getting him off social media is about as easy as switching from heroin to methadone, and a lot less fun. One of the great days in his presidency was when Twitter announced it was increasing the characters in a tweet from 140 to 280. Trump told Porter he thought the change was a good one, because now he could ‘flesh out his thoughts and add more depth’.

As Michael Wolff’s book Fire and Fury showed, Trump is frightened of many things. Particularly of anyone looking into his own finances. In the same way, perhaps, that Nixon may have become president so that he could be alone, it’s possible that Trump wanted to be president so that no one could go through his accounts. A so-called businessman, he constantly undermines the systems and bodies put in place to aid the US by screaming that the Treasury has to foot the bill for them; it’s just as screwy as his insistence that Mexicans pay for the wall that’s supposed to keep themselves out. Washington really is topsy-turvy, WS Gilbert stuff now. Like the Mikado, Trump refers to himself in the third person quite a lot of the time. Nixon did that. He was insane.

According to Woodward, there is not a single person in the White House who has any political experience. None of them knows how to broker a deal or get any legislation passed; they’re each in a little cubbyhole practising demagoguery. Reince Priebus, formerly Chief of Staff, described this collection of vicious incompetents as predators. ‘When you put a snake and a rat and a falcon and a rabbit and a shark and a seal in a zoo without walls, things start getting nasty and bloody.’

It’s unsettling to discover the manpower contributed to the Trump administration by the merchant bank Goldman Sachs, and by the Ivy League, particularly Harvard and Yale. It’s reminiscent of Billy Wilder’s Some Like It Hot, when Detective Mulligan is taunting the bootlegger Spats Colombo about going to jail, and suggests Spats call his lawyer. A pug-faced, cauliflower-eared group of henchmen rises solemnly as one. ‘These are my lawyers,’ says Spats. ‘All Harvard men.’

Since this book is a major political title, there are photographs – otherwise Americans would never buy it. Let’s take a look. Trump hired Rex Tillerson as Secretary of State because he ‘looked the part’ of a diplomat on the world stage. He fired him this year, shortly after Tillerson called him a moron. Tillerson looks like he ought to be hanging on the wall of a bank. Joseph Dunford, Chairman of the Joint Chiefs of Staff, is the Marlboro Man – how do you convince people to listen to you when your army fatigues make you look like a chef’s salad? Attorney General Jeff Sessions seems a thousand years old. A thousand years, and not much to show for it. Donald McGahn, current White House counsel, has the head of a pumpkin a month after Hallowe’en. Jared Kushner, Trump’s son-in-lawl. is a fish, or someone you hated in high school, and his wife Ivanka Trump has the friendly, open aspect of a lawnmower. Only two other women figure in this go-getting group: Kellyanne Conway, senior adviser, sports that TV Beverly Hills look, which is probably why Trump hired her, and erstwhile White House Communications Director Hope Hicks (really, an incredible name for someone in this government) suggests Christopher Reeve in drag. Robert Mueller, Director of the FBI, has something of Cary Grant about him, or at least of George Clooney. That will be a help, no doubt. And Mike Pence, the Vice President, is straight out of Thunderbirds, or more accurately, Fireball XL-5.

Is this all terribly unfair? Consider what they’re doing to you.

Trump continually talks about strength, and weakness. This is possibly the only dichotomy he can embrace, or use. When he’s going off someone he previously thought was ‘great’, he calls them ‘weak’ – ‘You’re weak.’ Impotence preys on his mind. Obama was a ‘weak dick’. (There is another, parallel, damning story in this book, and that is the curious ineffectiveness of Barack Obama as president and as a politician. It’s like reading the faded carbon of an old credit card slip.)

But Trump’s administration must be the weakest U.S. government in a century, perhaps since the founding of the republic.

There has recently been new interest in Sinclair Lewis’s strikingly prescient novel of 1935, It Can’t Happen Here, which predicted the attainment of presidential power by a gross, indifferent slob, and the quick, irrevocable melting down of every structure of democracy. Woodward’s Fear reads like the crib notes for that scary tale. And if this kind of thing entertains you, you might also like F. Scott Fitzgerald’s play The Vegetable, about a simple government worker who becomes president for a spell. One of the veritable Trumpian things he does is to put his name up in lights… on top of the White House.

Woodward gives many examples of how the current West Wing crowd conducts itself. But to get the level of discourse our betters are using, here is an account of the day that Gary Cohn was attempting to leave the government. Trump didn’t want him to resign before coming up with a tax reform plan, and cruelly, noisily berated him him in front of his colleagues. ‘On the way out of the Oval Office, General Kelly, who had heard it all, pulled Cohn into the Cabinet Room. According to notes that Cohn
made afterward, Kelly said, “That was the greatest show of self-control I have ever seen. If that was me, I would have taken that resignation letter and shoved it up his ass six different times”.’

So there you have it, the genuine, subtle, nuanced rhetoric of democracy today. The ‘democracy’ that holds the future of life on earth in its gilded, perfumed paws. The callousness, the ignorance, the stupidity and the obscenity of the men and women running the White House, and Congress, are stupefying. Nothing matters to them. Nothing is real, except the latest tawdry political target. And more money for their friends.

Woodward takes his title from something Trump says a lot – real power is fear. You need to invoke fear, in dealing with opponents, and especially with women. But from across the room, the spine of this book reads FEAR BOB WOODWARD. Here’s hoping. 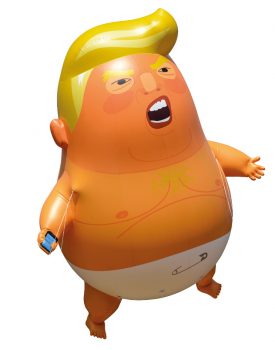 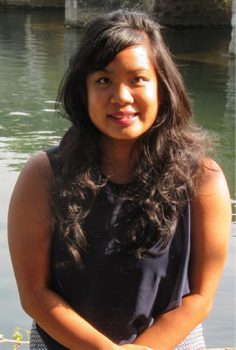 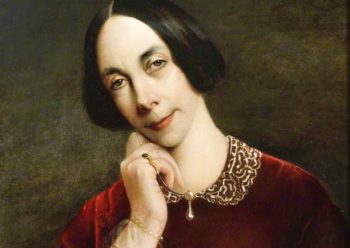 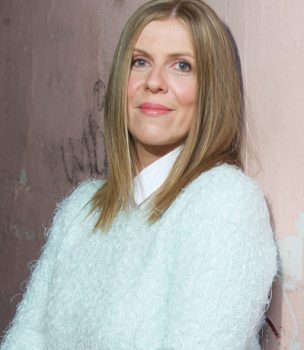