Warning: session_start() expects parameter 1 to be array, string given in /home/customer/www/scottishreviewofbooks.org/public_html/wp-includes/class-wp-hook.php on line 303
 Who’d Be a Man? – Scottish Review of Books 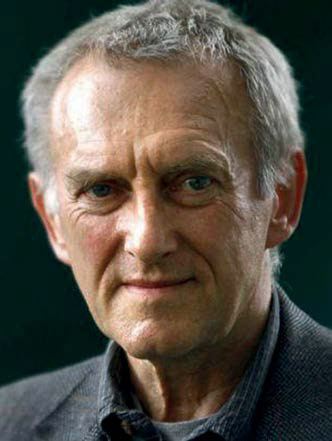 James Kelman: Where do erections ‘go’? 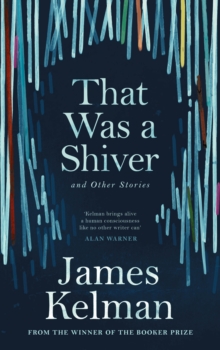 That was a Shiver and Other Stories

Sometimes it’s hard to be a woman, sang Tammy Wynette. I’d like to think that her lyrics reach their emotional apotheosis when delivered at West of Scotland karaoke nights.

That is not meant as an ironic statement, nor do I suspect is it a phenomenon strictly limited to the West of Scotland, simply a recognition of both the myth and reality of that part of our country. That Was a Shiver, the ninth collection of short stories by James Kelman, the only Scot to have won the Booker Prize, illustrates that it’s pretty hard to be a man as well, and especially one of a particular generation and class. We might even extrapolate and say that being human is no picnic. If that makes the stories sound bleak, many of them are. As the ‘Have-not’ protagonist of ‘Pick up the Pieces’ observes, ‘One encounters personal difficulty in perambulating the highways and byways in a manner that suggests positivity.’ In this Hamsun-ish tale the tension lies in the gap between accepting that ‘God-given talents are rewarded by society and he believed he had these self-same talents’ (not to mention ‘the heavy stubble so beloved of Male Celebs’) and a resounding lack of the ‘old ho ho ho, the sarry heid, the breid, el casho’.

Kelman has never pulled any punches when describing the way things are for his characters, nor does he patronise his readers by condescending to commercial tenets of plot and readability. Fans will find familiar ground here, and will appreciate that there is space to take a pop at some of the usual targets, like the ‘general spirit of ignorance that infuses the British Broadcasting Corporation’. Some of the shorter pieces revisit mysterious Kafkaesque bureaucracies in a way that is redolent of earlier work. In ‘Volcanic Matters’ metamorphosis occurs when the narrator’s face falls prey to a massive plook. This can work well, and disturbingly, as when two men consider a dead body in ‘The Principal’s Decision’, but in general is less engaging than the finely drawn and meticulously observed stories set in a more realist world. The success of the collection overall lies in Kelman’s ability to approach the intricacy and Weltschmerz of human existence with insight and humour, while also saying things that, increasingly, are not being said often or loudly enough.

All the central characters here are male, and their state of masculinity is explored with a matter of fact masochism that avoids becoming too self-regarding. When wounds are exposed, rest assured the characters will tell us that it ‘doesnay matter’, ‘forget it’, ‘who cares’. The opening story, ‘Oh the Days ahead’, sets Andy and Fiona in bed together, wearing underwear as she has decided that there will be no sex. Gender relations are sharply but sensitively observed, playing out through the fact that Andy’s body has its own ideas: ‘the damn erection. Mind and body, just so so stupid… Flesh is not weak, it just operates at a different remove.’ Dualism pops up, as it were, repeatedly in this collection, here leavened by Andy’s preoccupation not just with the existentiality of erections but their linguistic quirks: ‘Do erections “go”? Where do they go to?’

‘That was what pockets were for but to carry stuff. Women carried stuff, men didnay.”

The humour can take a poignant turn. In the title piece, an older man called Robert visits the Barras with his wife Tracy, who makes him bring a polybag in case he buys anything that will not fit in his pocket: ‘That was what pockets were for but to carry stuff. Women carried stuff, men didnay. No if they didnay have to. Ye needed the fists free. What if something happened?’

In spite of the fitful qualities of masculinity that must be adhered to, these are not men who have a fragile sexuality that is defined in binary opposition to their homosexual counterparts; Kelman’s straight men have never been bothered about other men being gay. The relationships between them are delicately drawn too, from the elaborate and particularly masculine bullying suffered by Calum, a printer’s employee delivering political flyers after work in ‘Did the Pixie Speak?’. It’s a surreal situation, further complicated by Calum’s response to the other male characters: ‘It was just Gerry, it was only Gerry, if him, it was only him, if he thought, if it was something, what did he think, it was only him anyway who cares, who cares.’ It’s almost homoerotic, while the more straightforward love for the narrator’s deceased friend Hughie is described incredibly movingly in one of several stand out stories, ‘The Cartwheels of Life’.

Women tend to be portrayed as more capable, in the eyes of the men at any rate. In ‘One has One’s Weans’, another stand out, a man goes to complain about the noise from the flat through the wall only to discover his neighbour engaged in the Sisyphean endeavour of constantly trying to patch a massive crack in the building. Thinking of his wife Wilma, he says, ‘She kept me going. The woman and the children, husband as one of them, the other child.’ As usual with Kelman though, nothing is too pat or easy: ‘Or was I waxing sentifuckingmental; oh dear, mental as fuck, oh dear again.’ As Wilma holds him – her hands smaller and tapering compared to his, which are ‘of the male mass, born to shovel shite’ – he finds himself restrained physically as she kisses him, ‘Good god, powerless’ in a literal sense. There’s a complexity to the gender dynamics in Kelman that eschews the ‘strong women’ clichés of some other chroniclers of working-class life. It is a sensibility shared by Tom Leonard, to whom the title story is dedicated, a piece that offers a nuanced and often touching portrayal of a marriage, and of how anger can swing from justified to misplaced. My sense is that this approach is informed by a fundamental belief in equality. The characters may be male, and their experience highly gendered, but the condition is born of circumstance, and universal.

In ‘A Night at the Theatre’ Christine quite literally holds the hand of the narrator, another man paralysed by angst, experienced this time while considering the possibility of sadism and torture, and unable to watch the play taking place in front of him: ‘Christine would cope now that I could not.’ We become aware that the issue is a much larger one, bound up with ‘the concept where ye put all of yer trust in one other human being’; ‘Except she was engrossed in the performance, and I was alone.’ Many of the stories deal with the great frustration and failing of our individual existence: the impossibility of knowing others, or even of truly communicating with them. The result is angst, of course, but also a deep and relentless loneliness.

Individual existence is by nature insecure. ‘Maybe’, a beautiful word in sound and meaning, echoes like a refrain through this whole collection. Wives and families are desirable, but carry the risk – indeed the likelihood – that the women will recognise the failings in the men and end the relationship, leaving the children ‘unable to live with their mother except in a state of bemusement structured on the realisation that she married a fool, an absolute and irredeemable fool, that gem of a woman.’ It is notable that the future, in terms of the children and grandchildren that the characters think about and respect most, is decidedly female. The narrator here, in ‘Items Precarious’, can only hope that the children will emulate their mother rather than him, and that he will not die ‘in a condition of intellectual dishonesty’. Dread of losing one’s ‘intellectual energy’ is another theme that recurs in ‘That Was a Shiver’. For this narrator, and for many of the characters, the struggle is to try and find ‘ways of being, honest ways of being, ways of being honest, ways of living our life, lives, the space in between mine and yours, this is truth, a balancing act, like all clichés’.

The subtlety with which emotional effects build in the longer stories is impressive. In ‘Words and Things to Sip’ a salesman in a bar muses that his ‘line of work destroys the intellect’ while nursing the ‘working drink’ of vodka and water. With both a dead wife and an ex-wife behind him, his hopes are pinned on a new relationship with Anne, who is running late for their assignation. Everything is quietly, carefully paced, no revelations are put into words even when Anne arrives, but the emotional punch of the ending is startlingly intense: ‘I shifted on the seat, edgily, although there was nothing wrong. If anyone had asked me, nothing.’ When the salesman suggests that ‘The only reliable method of knowledge is literature’ it’s tempting to take it as a clue as to the nature of Kelman’s entire endeavour.

Tied to that is a theme of witnessing that which is often overlooked due to biases of class, or race. The narrator of ‘Back in that town’ escapes an unpleasant pimp in a North American street by paying entry into a charity store. While looking at the impoverished clientele he wonders why, ‘Things that should be stories arent stories.’ Even if people tell their own stories, ‘How come nobody listens?’ That Was a Shiver proves that James Kelman retains an exceptional faculty for looking, and listening, and conveying what he has discerned with a freshness that can stop us in our tracks. The pleasure for us as readers is that we have the chance to occupy his characters and their world from the inside. Our challenge, maybe, is to look a little harder ourselves. 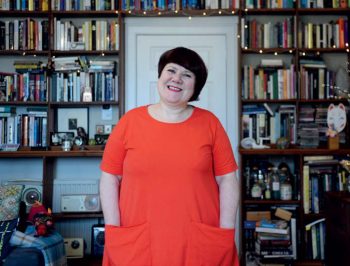 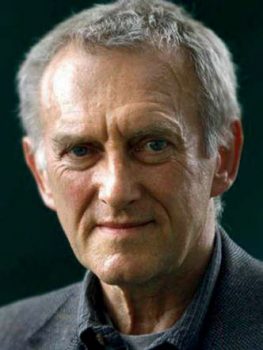 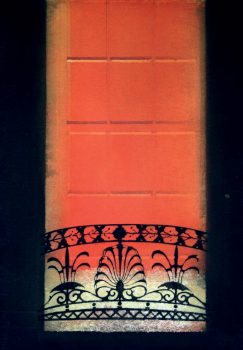