Warning: session_start() expects parameter 1 to be array, string given in /home/yourband/public_html/srb.swddev.com/wp-includes/class-wp-hook.php on line 286
 An Inspector Calls – Scottish Review of Books 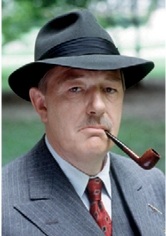 PENGUIN is currently republishing the great Belgian-born novelist Georges Simenon (1903-89), for which it is to be commended. Every so often Simenon (in English translation) has been around, before again passing out of circulation for a while. In France he continues to blaze among the Pleiades, the Immortals of literature. At one point he must have been the best-selling author in the world. Chandler and Hammett called him their favourite crime writer. Here, however, we need our collective memory jogged.

I happen to know there’s been a change of management, a new agency in the picture, and that his son John is very committed to the cause. So, all is well – again. A slew of titles, and moody covers. Twenty-plus of the re-published novels feature Simenon’s alter ego, Inspector Maigret, the pipe-puffing and self-effacing decoder of human character. They’re not so much whodunits as answers to why a crime was committed. Maigret works it out by empathy. (One could say that Maigret came to good: by a different falling of the dice in adolescence, he might have drifted towards crime as did some of his contemporaries – so random is chance.) Let’s see what Rowan Atkinson – yes, really – makes of the role, as TV’s next Maigret, following in the footsteps of Michael Gambon and Rupert Davies.

As a writer I had long envied the command with which Simenon evoked atmosphere, often through details of the weather. Just a few details, because he was never a man to waste words. There’s a famous story, true enough, that Colette instructed the young novelist/journalist to reduce his vocabulary to a mere two thousand words. That, she assured him, was as many as he would need. It did seem to concentrate his mind wonderfully on the bones of a story. He would think better of most adjectives and score them out. I was always impressed that he abjured the semi-colon, and I discovered from his example that one really can do without it quite well.

He is the least prolix (hence least woolly-minded) of authors, yet that never feels like an affectation, a style-thing. A churner-out of pulp fiction early in his career, he was writing for the masses. A better novel for him was one which rejected the option to be longer. Shrewd in business as well as in fathoming human nature, he understood that his readership – while certainly not believing themselves short-changed: otherwise how could he have kept them? – would be only too ready to pounce on his next publication.

And there were to be very many of those. Six novels a year was easily within Simenon’s grasp. Such a rate of production, agreeing to his need to write, depended on a medical check-up before every new intense bout of work was begun – to check that his system could take the strain for the ten days or so of the really hard graft. I doubt he would have called himself obsessive (too busy writing), although we lazier specimens might judge that his exercise routine while working – timed and counted circuits (walking) of an internal courtyard at home, one hundred laps – was taking professional discipline to, well, prodigious lengths. The assortment of pipes laid out as in a tobacconist’s shop, the four dozen sharpened pencils lined up as he embarked on correcting the manuscript he had typed straight on to paper, the lucky shirt for each new book (laundered at the end of the day and waiting in the wardrobe for him next morning).

But even more than his Maigret-versions of le flic, I admired Simenon’s romans durs – the ‘hard’/‘tough’, or psychological, novels. He wrote the better part of a hundred. Those were stand-alone, without a recurring cast. The central character is likely to be a previously unexceptional person who, due to some terrible pressure that is suddenly brought to bear, is forced to the absolute limits of mental endurance. Often, however, it’s a very small deed, the decision of a moment, which sets the whole train in motion – (to continue the analogy) on its crash course with destiny.

There are no heroes and no villains in Simenon’s existential world. Sometimes salvation is possible, in the form of a sympathetic human presence alongside. But more often the personal tension is bottled up, and the conclusion – by the law of human physics – can only be explosive, and tragic. The suicides come fast if not furious: last-minute, realistic resignation brings a low-key concession of defeat. And almost always our central protagonist-victim will be a man. Yes, Simenon would feature a woman as a lead character now and then. Any charge of the ‘saints and whores’ kind is very wide of the mark: his women seem highly convincing and ‘lived’ to me, he gets under their skin better than most male authors.

But Simenon did have his own literary comfort zone. All that had happened to him proved grist to the mill: estrangement, divorce, his love-hate relationship with his formidable mother. He had come up in the world, and in his later books he was able to document the social uncertainties of those who appear to have everything. It was wholly Simenon that he should turn the greatest misfortune and sadness of his life, the death of his beloved grown-up daughter by her own hand, into a novel. He lived for his work, and his life – warts and all – is there in the books.

I argued Simenon’s case with BBC radio. The upshot was – is – that I’ve dramatised thirteen of those ‘psychological’ novels for Radio 4. His books lend themselves to this intimate aural medium: radio thrives on their introspection, the physical claustrophobia of people living too close to one another. We can get right inside the heads of the troubled narrators as they negotiate the shifting ground of reality/private fantasy. Filleting a novel brings you into very close contact with its writer. You read the lines, over and over, and in the process of immersion you start to read between the lines as well.

Simenon wrote speedily, at white heat, and there are occasional errors which have slipped past the translator and editors. You might have to re-read certain passages of dialogue, for the reason that one person’s line of speech has dropped off the page. The trick of adaptation is to condense, to elide, and also to insert little bridges in-the-style-of-Simenon. (The listener shouldn’t be able to hear any of the joins.) With what inimitable sleight of hand Simenon moves about between different phases of the characters’ lives. His flashbacks never go clunk. What this means in terms of dramatisation, however, is that the story has to be straightened out, made more sequential: incident ‘C’ is taken from later in the book to place before ‘B’ in the middle, and ‘A’ from near the beginning positioned after ‘B’.

I’ve found myself looking for stories which don’t carry echoes of others. There are, as I said, frequent suicides. Lethal arsenic poisoning occurs several times. Strangers’ conversations are eavesdropped on through thin bedroom walls. Exploiting his own interest in medicine, Simenon regularly focuses on a doctor or a surgeon. Lawyers and judges are subjected to the same pressure-test: how do they bear up to their travails as human beings?

I’ve reached this stage in proceedings and haven’t even mentioned that notorious Simenon-ism: his claim that over a lifetime and, despite being married twice (one biographer says three times), he had made love to ten thousand women. To whomever might be available. He would have his way with nightclub dancers (one followed by another) among the costume rails, and he simply couldn’t resist a maid down on her knees polishing a floor. A couple of minutes was all the time it took. It could be argued quite legitimately that hyper-creativity and a foot-on-the-throttle sex drive are in direct proportion: there’s nothing like a good day’s scribbling, or daubing with paint or throwing down crotchets on the stave, to send hot blood racing to the extremities.

The number is possibly an under-calculation on Simenon’s part? Two, even three a day: that’s not so unlikely. He wasn’t being boastful, nor was he being wilfully provocative. The French aren’t as bashful in this area as the British. In the interests of verisimilitude Simenon sought to be exact about himself, no concealments.

Perhaps the man didn’t have a granite core of self-belief – his mother undermined his confidence as no one else could, and he struggled well into middle-age to win her grudging approval. But he was ready to turn himself inside-out for his vast programme of Memoirs, written after his mother’s death and following his simultaneous rejection of fiction.

There was less phoniness about Simenon than is the case with most of us. Success brought great wealth, but the man remained restless. Connecticut, the Cote d’Azur, Switzerland – there was a blandness to his surface life, while in his mind he still walked the back streets of Liege as a teenage jobbing newspaper hack, he still mentally lived on water as he’d done for two years in his late-twenties, sailing his own cutter about the North Sea and the Baltic while knocking out journeymen mystery novels en route.

One suspects the revered older author only found anything like contentment when he was in his study with the door closed, his secretary barring all phone calls. His cat-and-mouse games with publishers helped to pass some of the rest of the time when (for the sake of his health) he wasn’t working. Towards the end, he changed house yet again – I wonder how applicable the term ‘home’ was? – and wanting to downsize, he put the material accumulations of decades into storage. He was squaring the circle of his life by simplifying, just as he had always done in his writing: he was eliminating the non-essential.

I’ve noticed in his novels the recurring motif of the bistro regular’s cloth napkin rolled up and placed in a ring, kept for him in a pigeon-hole: a sense of belonging somewhere which Simenon’s wealth seemed to deny him. 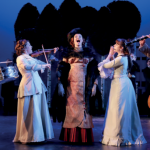 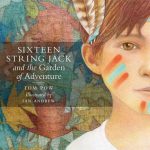 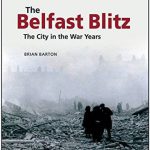 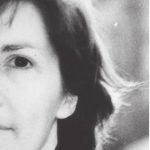