Warning: session_start() expects parameter 1 to be array, string given in /home/customer/www/scottishreviewofbooks.org/public_html/wp-includes/class-wp-hook.php on line 307
 The Moral Maze – Scottish Review of Books 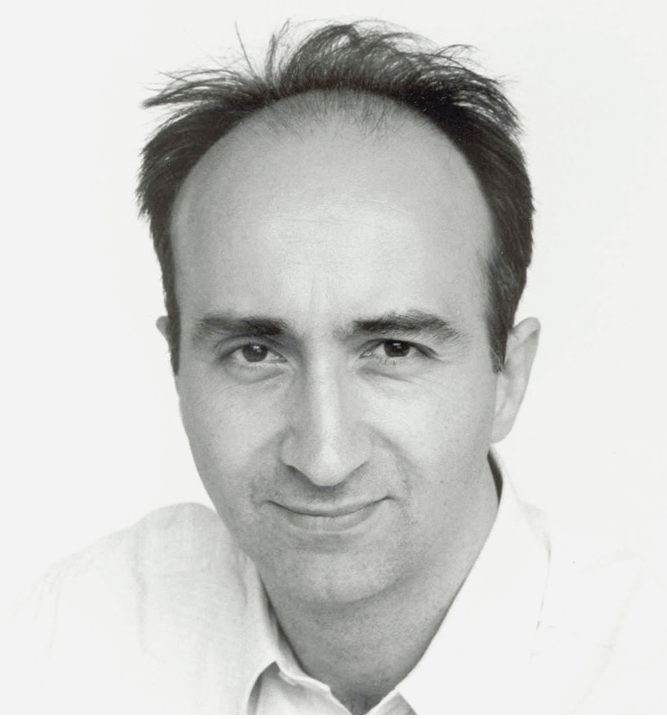 As a boy growing up in Durham in the 1970s and 80s, James Wood was given the ideal start for a literary critic. Although his parents lived in the city – his father taught zoology at the university, his Scottish mother was a schoolteacher – he was sent to an ecclesiastical boarding school, where he was a chorister. The school set-up – a pipe-smoking headmaster garbed all in black (‘He seemed to have been carbonized centuries ago’), its intellectual rigour, and the daily walk in gowns and mortar boards to sing in a cold and beautiful cathedral – offered the sort of colourful, dreamy, archaic discipline a career in letters demands. Yet while it was an important component of his formation, his olde-worlde education, which now seems so ‘ridiculously remote’ as to have dated from the days of Dickens himself, was not the catalyst for Wood’s addiction to fiction. In the opening chapter of this slim but not slight work, which combines literary criticism with fragments of memoir, Wood pinpoints the influence his parents’ strict Christianity had upon him. It was this that piqued his literary curiosity.

As he grew old enough to ask questions about why we are here, and what lies behind our existence, Wood had ‘the burgeoning apprehension that intellectual and religious curiosity might not be natural allies’. Questions about God, death and the meaning of life were encouraged, he writes, ‘up to a certain point, and discouraged as soon as it became rebellious’.  The result was a habit of secretiveness that will be familiar to all who have disagreed with their parents while still under their aegis. For Wood, the discovery of literature offered an escape from such guilty concealment because in fiction he discovered ‘an utterly free space’. He has lived and thrived in that space ever since. A staff writer at the New Yorker who is widely considered one of the finest literary critics of our day,  he writes: ‘Precisely what is a danger in religion is the very fabric of fiction’. Following this liberating revelation, he went on to enjoy a devotional relationship with books. Indeed, in an earlier collection of essays on literature and belief, The Broken Estate, he outlined the ways in which fiction mirrors faith, and vice versa.

What he found in novels astonished him as a boy, and does so still, for all that he has spent the past thirty years dissecting books as if they were frogs. Unlike the biologist, however, Wood’s art is essentially creative: he may tear a book apart limb from limb, but by the end of his anatomizing it has been kindly, almost tenderly reassembled, with no damage done except perhaps to the author’s pride.

The Nearest Thing to Life takes its title taken from George Eliot’s description of what good art can do, and reprises some of the concepts from those essays. Foremost among these ideas is what he calls the ‘not quite’ nature of fiction, when it comes to depicting reality. In the opening chapter, ‘Why?’, Wood addresses the illusion of reality all fiction must engender in order to convince. He also reminds readers of the debt the form owes to religion, in that ‘it shares the religious tendency to see life as bounded, already written’. Thereafter, his remaining three chapters address ‘Serious Noticing’   the peculiar attentiveness of the writer to the details of life; ‘Using Everything’ – the deployment of a good literary critic of senses beyond the purely cerebral; and ends with the most personal but least satisfying chapter, called ‘Secular Homelessness’. Here he is plangent about his own unintentional, almost unthinking emigration to America, to be with his wife.

Living in Boston, Wood still holds a Green Card, a fact for which he was gently rebuked by a US immigration official, who could not understand why he had not taken out citizenship. This comment, reflects Wood, was simultaneously generous and ungenerous, and he could only share the officer’s bemusement, while maintaining his refusal to be assimilated. ‘I had so little concept of what might be lost,’ he mourns, of his irreversible decision to leave Britain eighteen years earlier. To the onlooker, and in hindsight, this was but another step in the creation of a formidable literary critic, the condition of exile being the subject of much contemporary fiction. Indeed, Wood quotes Edward Said who believed that exile was a state whose ‘unreality resembles fiction’.

He is aware, too, that to a degree most of us have to leave home at some point. The clumsy word he coins for voluntary relocations such as his is ‘homelooseness’. This can encompass ‘the movement of the provincial to the metropolis, or the journey out of one social class into another. This was my mother’s journey from Scotland to England, my father’s journey from the working classes into the middle classes…’. Putting aside the fact that few Scots would consider a move to England as a leap from the provinces to the metropolis, the principle is sound. Like whelks who, long after they have been removed from the sea continue to creep across a plate as the tide ebbs and flows, most of us move away from and back to home across the span of our lives.

No dramatic severing is necessary, though, to mould a serious book lover. In many ways, the literary critic comes into the world ready-made. Had Wood been brought up in a high-rise in Sarajevo or a castle in the Highlands he would very likely still have had an innate receptiveness to the written word. While many bookish youngsters have devoured novels as voraciously as he did, few can claim that the most formative work they ever read was Novels and Novelists, by the eccentric literary reviewer, poet and biographer Martin Seymour-Smith. Aged fifteen, Wood picked up a grubby copy of Seymour-Smith’s opinionated tome at a bookstall in Waterloo Station, and was instantly hooked. A compendium of the world’s best writers, it was a pithy, trenchant guide for those seeking signposts to the bewilderingly immense world library, offering merciless – and often fulsome – judgements on a kaleidoscope of writers.  As Wood quickly learned, ‘A reigning assumption of Novels and Novelists was that writers must aim for greatness and that minor books are books that have missed greatness.’

Most critics begin their trade on that assumption, and while the notion is imperfect, it remains useful. Seymour-Smith, with whom I worked for many years, was a generous and most likeable man. On his death, his widow Janet sent me a copy of one of his books, which many years later still reeks of tobacco, though its opinions are even more pungent. Rather than follow in Seymour-Smith’s wake, however, Wood was to become a more courteous, less hectoring critic. His is a method and tone suited to our age, when we do not much like know-alls, or being made to feel the depths of our ignorance, even though it might be vast. Instead, Wood has a quietness of perception that is companionable rather than pugnacious or lofty, but the distinction of his insights is unmistakeable. Whether in this work or his elegant guide, How Fiction Works, which follows in the footsteps of such classics as E M Forster’s Aspects of Fiction, he brings a critic’s rather than a novelist’s eye to the job. Like Forster’s overview, The Nearest Thing to Life was originally a series of lectures. Unlike How Fiction Works, it is more discursive, philosophical,  and wistful. One could not turn to it for a definition of what the novel is all about, but it hints at that in every line.

Discussing the nature of book reviewing, Wood declares, surprisingly, that ‘a lot of the criticism I most admire is not especially analytical, but is really a kind of passionate redescription’. Using as exemplars Thomas de Quincey or Henry James, he challenges the idea that intellectual analysis alone  – as academics would tell us – can reach the full meaning or apprehend the true value of a book.  ‘Who bothers,  while teaching The Portrait of a Lady for the nth time, to explain to students that it’s a beautiful book? But for most writers, greedy to learn and emulate, this is the only important question.’

Excellent though Wood undoubtedly is, there are times when one must take issue with him. In the chapter on the special acuity of a writer’s eye, he calls on Chekhov, Bellow, and Aleksandar Hemon, all of whom have a gift for finding the telling detail.  One example he cites at length, however, does not convince. It is a scene in Henry Green’s novel Loving, where a housemaid disturbs the lady of the house in bed with her lover. Startled by the servant’s entrance, the lady sits up, thereby revealing  ‘that great brilliant upper part … two dark upraised dry wounds shaking on her’. Wood sees this as an extraordinary act of noticing: ‘Like a good painter, he is getting us to look harder than we usually do at a nipple – the way the darker skin around it can look like tender scar tissue’. This ignores the fact that scars are only formed after a wound has healed (is there such a thing as a dry wound?). Nor would many grown women be so startled by the look of areolae that they would think of anything as unsettlingly raw. What Wood deems an observational coup seems to me more like an over-striving male novelist’s view than a young woman’s.

But in a way, this quibble merely reinforces Wood’s premise: that the reality that fiction creates for itself depends in part on what the reader brings to it. It is a collusion of sorts, and when we speak of the realism of fiction, we do not mean it feels literally true, but that in terms of the imaginative world the writer has created, it is utterly convincing, creating veracity of a different sort. The alchemy fiction achieves in mimicking real life and at times making it even more believable or compelling is its greatest act, and one that never ceases to astonish. Written in the shadow of this awe, The Nearest Thing to Life is a discursive, urbane reminder of the doors and windows that open in the presence of an art form that is, in George Eliot’s words, ‘a mode of amplifying experience and extending our contact with our fellow-men beyond the bounds of our personal lot’.

There is something if not devout then contemplative about the desire for such vicarious experience. Writing of the insights that a lifetime’s reading of fiction allows into the motivations of others, Wood comments: ‘Sometimes it is almost frightening to realize how poorly most people know themselves; it seems to put one at an almost priestly advantage over people’s souls’. This startling sentence would seem to suggest that other than geographically, Wood has not moved far from his roots.  The man from the US border control was right to sound suspicious.

The Nearest Thing to Life