Warning: session_start() expects parameter 1 to be array, string given in /home/yourband/public_html/srb.swddev.com/wp-includes/class-wp-hook.php on line 286
 Domestic Drama – Scottish Review of Books

When does sadness become depression? Perhaps it doesn’t matter whether the emotion is medicalised or not. Very sad people can be passive, boring, and dislikeable. I say this as someone who has been clinically depressed. What a drip I must have been. I cannot imagine trying to write about those crushing, cotton-wool days. It’s a real literary trick. If happy people don’t make ideal subjects for fiction, sad characters are not short of challenges. The conventional approach is to counteract potential dullness with intensity of style and a sprinkling of excess. Bleakness can attain a dark glamour when the misery is leavened by altered states and ferocious carnality. Sex and drugs and rock and roll; or failing that, postpunk dirges.

That Ruth Thomas avoids all but the most fleeting mention of Joni Mitchell in her new novel The Home Corner should not come as a surprise. Although already well-regarded for her short stories, it was her debut novel that gained her wider attention. Things to Make and Mend was praised for the subtlety and gentle humour with which it illustrated the relationship between its two central characters, Sally and Rowena, friends from a girls’ school who meet again at an embroidery conference after a long estrangement. It won, amongst other accolades, the Good Housekeeping Book Award for Most Entertaining Read. I don’t imagine Alissa Nutting is going to receive one of those for Tampa, aka ‘the sickest, most controversial book of the summer’ (according to Cosmopolitan). So is Thomas’s work too cosy? 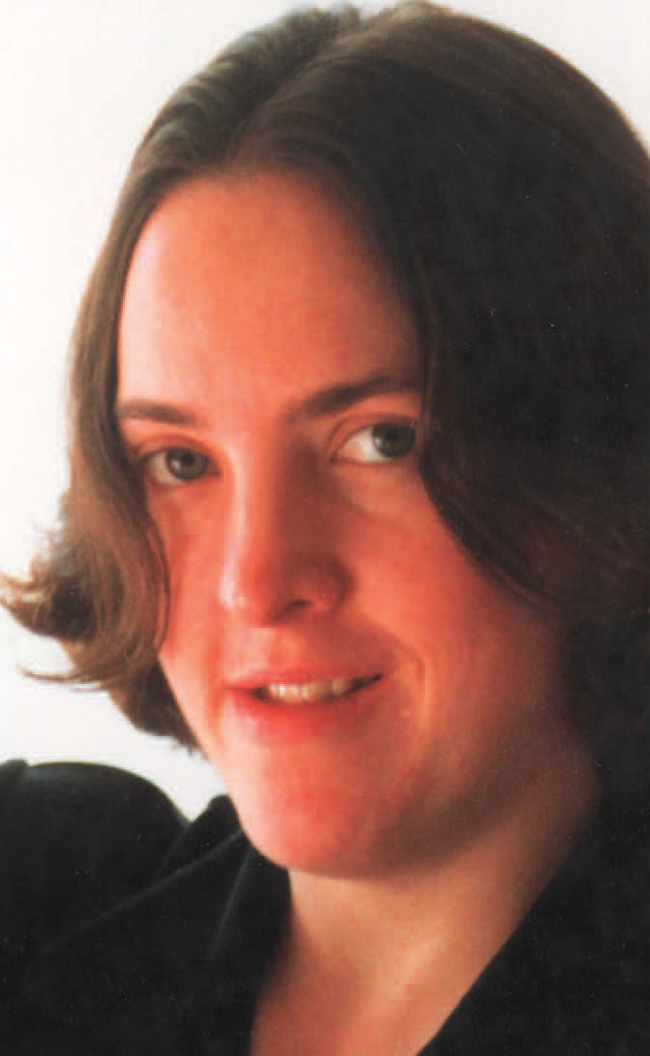 I don’t think so. Eschewing standard tropes and literary fashions can be seen as a challenge, a throwing down of the gauntlet. Whether nineteen-year-old Luisa McKenzie is depressed is moot, but Thomas sets out her stall early on. The epigraph associates Luisa with the rabbit from Elizabeth Madox Roberts’s collection of child’s eye verses, Under the Tree, and on page one the narrator explains her situation: ‘I was stuck, I suppose; I was fixed, and I didn’t know how to alter things.’ We continue reading to discover why Luisa is stuck, and whether she’ll ever hop away, bright eyed and bushy tailed. I am not straining the leporine motif; Luisa, a frustrated artist, recalls her first painting of a bunny, and a conjuror’s white rabbit appears later on.

That Luisa has artistic leanings influences one of the great strengths of this novel. Luisa’s aptitude for ‘looking very hard’ is suggested in the epigraph and the observational detail is strong throughout. Luisa, having drifted into a job as a classroom assistant, notes that, ‘sometimes the mothers – still standing there after their children has gone in and the doors closed behind them – made me think of teenagers hanging around a swingpark after dark. Loitering; waiting for something – though it was hard to tell for what. To be reunited, maybe, with something they’d let go of by mistake.’

So why is Luisa stuck? After an interview with an unimaginative career adviser, she decides not to attempt to pursue her talent by applying to art college. Nor does she pick up her grudging second choice, studying geography. The root of her passivity is intimately connected to the fact that she has had an early medical abortion (i.e. through taking two hormone tablets to bring on miscarriage) after an unfortunate liaison in a utility room at a party. That isn’t all: Luisa really liked the boy, Ed, and afterwards he hooked up with her best friend Stella. Ed and Stella succeed in being thoroughly dislikeable without being remotely depressed. After a chance meeting, Luisa discovers that her former best friend is having a whale of a time over Sunday night dinners and Monday morning dissection with her ‘body buddies’ from vet school, while Luisa is living at home with no social life whatsoever. What’s more, Ed was merely a passing fling for Stella.

While Stella pursues her ambitions, Luisa finds herself responsible for playpieces and ‘the wherewithal’ for vomiting children (a euphemism for the sick bowl). Their trials are greater than nosebleeds and skint knees – greater, perhaps, than Luisa’s – and their reactions are finely drawn. When a father’s affair is revealed, his young daughter comments on the woman’s hair grip and, ‘folding her hands together in her lap, like a very young and small old woman, she peered out of the coach window.’ It transpires that the ‘poor wee sausage’ nobody will sit next to on the bus is grieving his mother. He confides: ‘I don’t tell people her name. But it floats in the air above my head. Her name, and all the things I think about her. It sort of floats, like a cloud. And I hold onto its string.’

The job is not one that Luisa particularly likes or wants. After all, she is nineteen and left behind while everyone else is off doing something more exciting. All she does is go to work (late), report on the quirky things the children say, and return home to be moody with her nice but dull parents. She suffers a kind of arrested development, a perpetual childhood in which nothing is quite satisfactory, even her packed lunch: ‘Lunch for a six-year-old. The Golden Delicious apple was neither golden nor delicious.’ Thomas is not afraid to make her narrator dislikeable, and there is veracity in Luisa’s focus on her disappointment, and in the way she becomes ‘jangled’ by the most banal of events; a staffroom interaction with a slightly embarrassing colleague. Most of us know people like this, and will recognise them in Luisa.

A larger issue is the use of abortion as the major plot prompt for Luisa’s disappointing life choices. She is eighteen, single and at school when she becomes pregnant. The decision to terminate the pregnancy is, as seems reasonable, fairly automatic. Sorrow then ‘followed me around like a ghost for a nearly a year and a half.’ I am not sure whether the sorrow at the abortion is a metaphor for the greater sorrow of failing to create in an artistic context. If so, it becomes rather strained. If not, then there is a sense that the trauma that persists beyond the blood ‘flowing and flowing for days like a rebuke’ is a typical symptom, rather than something specific to Luisa in her circumstances. There is also sorrow at losing Ed, and then again at realising that maybe he wasn’t worth it, that his ‘Life’s a bitch and then you die’ T-shirt did not reveal some great and hitherto undisclosed insight into the human condition: ‘I’d never said anything to Ed McRae that I should have said.’

Whatever its cause, there are poignant moments of insight into Luisa’s experience of sadness. Small details spring into absurdly sharp focus while the world around her is fuzzy, as if Luisa is separated by a layer of polythene. Aside from a few place names, we wouldn’t know it was Edinburgh. It feels like placid, claustrophobic suburbia: the box-ticking headmistress lives along the road from Luisa and has an Astroturf lawn to save the trouble of mowing; the only escape comes in a school trip to the Scottish Waterways Visitor Centre. The highlight of Luisa’s week seems to be the supermarket run with her mum. In conversations with others that cotton wool feeling of dissociation is captured perfectly. Aware that she is as taciturn as the pupils when her mother asks what happened at school that day, Luisa tries talking about a boy’s playground tumble: ‘my mother was looking at me a little anxiously… She seemed to think I might have something else to say. But I didn’t.’ A moment later, Luisa hears, ‘the familiar, slightly sour note appearing in my own voice – I had developed a tendency towards sourness that summer.’

Subtle, accurate, and it is difficult not to sympathise with the mother rather than Luisa in this clear exposition of the kind of teenage misery that seems almost unbearable at the time but then dissipates in adulthood. Even Luisa’s Topshop skirt seems to conspire against her. Some readers will identify with this, and with Luisa’s odd mixture of despair and envy at the garden centre visiting, Bergerac-watching lives of adults. Others will be irked, but it is worth remembering that the dark times we experience in life rarely come with a side order of decadent dissolution. While Luisa’s life may be devoid of joy, Thomas strives to include witty observations.

Once in Type, an independent bookshop in Toronto, I was thrilled to see a section devoted to the plotless novel. Lack of story is fine when plot is sacrificed in favour of style, experiment, art. Very little happens in The Home Corner. We wait until page 173 for the promised trip to the Scottish Waterways Visitor Centre, and the events that follow are minor, but affect Luisa deeply. Don’t expect any children falling in canals or other tragedies. Instead, the domestic situation of one set of parents provokes the long-awaited break in Luisa’s passivity. Thomas remains concerned with the subtleties rather than the dramas of life. There is courage in this, in narrative terms, and in the closeness of the focus on her first person narrator. There is also risk. Youthful characters don’t command unlimited indulgence, and charm is a subjective quality; as Luisa discovers when she dyes her hair pink.

We could compile a long list of literary women whose sadness makes them irritating, from Emma Bovary to Elizabeth Wurtzel and beyond. The thwarted female artist is a genre in herself, most recently explored by Claire Messud in The Woman Upstairs, and indeed one can imagine Luisa growing up as a version of Messud’s Nora, into a life of ‘quiet desperation’. The difficulty I have with The Home Corner is not that Luisa’s passive sadness becomes frustrating, but there aren’t sufficient compensations to make her compelling company for 276 pages. Ruth Thomas is an accomplished writer. Her style here is fluid and natural, and Luisa is a well-realised character. The mother-daughter relationship is interesting and believable, and exerts an emotional pull. And in the end, Luisa does do something. Unfortunately by then I had empathy fatigue, and it was too little, too late. 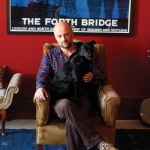