Warning: session_start() expects parameter 1 to be array, string given in /home/yourband/public_html/srb.swddev.com/wp-includes/class-wp-hook.php on line 286
 Let The Presses Roll – Scottish Review of Books

Those who go in search of the archetypal Scot need look no farther than Arnold Kemp. He was, it must immediately be acknowledged, a romantic, which all true Scots are, and given, as all true journalists are, to intemperate and often ephemeral enthusiasms and antipathies. His love of the country in which he was born and bred and spent most of his working life was profound and at times pugnacious. He was argumentative, but never violently so, the kind of newspaperman who would not let the presses roll until a dispute over the relative merits of a comma and semi-colon had been settled. He liked a drink and sometimes several, which served chiefly to increase his thirst for debate. As  he himself conceded: ‘The lunch break became too leisurely, too pleasurable.’ Above all, though, he was curious, interested in everything, significant or trivial, as behoves the editor of a national newspaper, but particularly drawn to politics, sport and the arts. And, like every intelligent Scot, he was perpetually in a state of confusion.

‘Like my fellow countrymen,’ he wrote in The Hollow Drum, the only book he published in his lifetime, ‘I am a confused traveller, but I travel hopefully.’ Kemp was writing in 1993 when devolution, let alone independence, seemed a distant prospect. Separatism, as he surmised, was ‘theoretically remote’, not least because of the attitude of Scottish business community who, then as now, were fearful of any change to the status quo. With uncommon prescience, he noted the power of ‘foreign exchange dealers’ and ‘major industrial and commercial enterprises’ and the influence which they exerted over national governments.

‘Nationalism,’ Kemp concluded, ‘is no longer an adequate foundation on which to build the edifice of the state or to base a political programme. It is a matter of sentiment and identity; but its potency and its destabilising force are undeniable. A successful political Union must recognise that and find ways of accommodating it.’

It is almost two decades since these words were printed and much has changed. Politics lie at the core of serious newspapers and Kemp’s confusion was one he had to reconcile with the need to offer readers clarity and commonsense. Personally, he was nationalist in the mould of John Buchan, believing that Scotland is a nation with ‘its inalienable rights vested in the Treaty of Union.’ If anyone told him otherwise he bridled. On the other hand, he valued the Union and embraced the European Economic Community, championing the opening of a Herald bureau in Brussels. He looked to the Balkans and was discomfited, as so many sceptics of nationalism were and are. The resurgence of Scottish nationalism in the Thatcher years and in the early 1990s troubled him.

When Kemp died in 2002 at the age of  63 the devolution project was in its infancy. Many of the rookie parliamentarians behaved like children with attention deficit disorder and the debate over the debacle of its cost rumbled on fuelled largely by those in denial over its existence. For the last three years of his life Kemp was in exile, having been defenestrated as editor of the Herald from whose masthead he was instrumental in removing the word Glasgow in the hope of increasing its pan-Scottish readership. In his latter years as the Herald’s editor, he had been at loggerheads with his boss, Liam Kane. Indeed, the friction between the two reached such a pass that Kemp returned one evening to the office intent on murdering Kane. Ultimately, though, it was Kane who did for Kemp.

For many his departure to London and the Observer marked the end of an era in Scottish journalism that has come to be regarded, with some justification, as halcyon. Budgets were generous, staff plentiful and the internet and its implications lay in the future. As Kemp makes clears in Confusion to Our Enemies, a diverting, stimulating and treasurable collection of prose garnered from The Hollow Drum, the Herald, the Observer and elsewhere and edited with a running commentary by his daughter Jackie, he was an eyewitness at the journalistic equivalent of Rorke’s Drift, valiantly defending the industry in the days before it was grievously assailed. Re-reading his recollections of the Scotsman is to re-immerse oneself in a culture not far removed from that which Evelyn Waugh described in Scoop.

‘The old composing room,’ Kemp lovingly recalled in 1993, ‘with its smell of ink and lead, has gone from the industry now, but it was a place of genuine fascination. Surely no more beautiful or satisfying machine has ever been designed than the Linotype. Man and machine worked together in harmony and the machine’s long arm, grasping the brass matrices from the pot where they had been used to mould the type and returning them to the magazine above, moved up and down in human rhythm. An often agitated wee man went round with a piece of tape measuring the set as it accumulated. On the hour, every hour, he would communicate the news that there was not nearly enough type to see the paper away in time, and some fairly desperate stratagems, for example running the same picture on different pages or putting the results of the Scotsman’s own golf tournament on page one, were occasionally used.’

The son of the playwright Robert Kemp, Arnold joined the Scotsman 1959 after an academically undistinguished sojourn at Edinburgh University. He was taken on as a sub-editor and given a berth opposite ‘a gruff old communist from Caithness’ whose punctiliousness over stories about the Soviet Union was extreme. Every night, Kemp remembered, he would send the copy boy out to the chip shop for a steak pie which, when he bit into it, spilled gravy on to the paper he’d laid out in lieu of a table cloth and which he would lick clean before scrunching it into a ball and throwing it in a bin. ‘At New Year,’ added Kemp, ‘he would bring beer into the office in an old antifreeze can and share it with favoured colleagues.’ And what, one wonders, did he offer less ‘favoured’ colleagues? (Such behaviour lingered on. Some three decades later, when I was minding the shop, one young reporter turned up on Christmas day with a bagful of frozen chicken legs which he defrosted under the grill in the canteen and offered around. How no one died or even fell ill remains a mystery to this day).

Kemp’s early years at the Scotsman coincided with the editorship of Alastair Dunnett who, under the Canadian magnate Roy Thomson, was intent on resuscitating what had become a rather moribund newspaper serving the Edinburgh bourgeoisie, very few of whom seemed to be conscious. With nowhere for the circulation to go but up it rose from around 55,000 to almost double that. In 1972, when Eric Mackay took over the editorship, Kemp was appointed deputy editor, complementing his boss’s studied ennui with his youthful energy and irreverent enthusiasm. Mackay’s place in the annals of Scottish journalism has yet to be properly considered. In his book, Our Trade, Andrew Marr described his first encounter with him. Shown  into Mackay’s wood-panelled office after a rough night on the London sleeper, Marr muttered that he wanted to join the Scotsman in the hope of producing quality journalism.  ‘Quality journalism! Quality journalism!’ bellowed Mackay. ‘Laddie, no one out there [i.e. Princes Street] is interested in quality journalism. D’you not understand? It’s over. It’s all over…’

Unlike Mackay, Kemp could write, as this collection amply demonstrates, his style – wry, conversational, characterful – ideally suited to an intelligent reading public. But Mackay and Kemp were also often at loggerheads which the older man sometimes interpreted as impertinence or insubordination. Their parting of the ways was perhaps inevitable, not least because of the gloom that descended on the Scotsman after the failure of the 1979 devolution referendum, but it was the paper’s loss.

Kemp went west in his quest for editorial control and set about doing for the then Glasgow Herald what he’d done for the Scotsman. Based in Albion Street, in a building that recently metamorphosed into flats, Kemp was in his element, the sleeves of his shirt invariably rolled, a hand combing through his unruly thatch, wining and dining in his gregarious manner.

There was, as Harry Reid, his deputy editor, once said, something theatrical and dramatic about Kemp, as you might expect from the son of the man responsible for a brilliant stage adaptation of Ane Pleasant Satyre of the Thrie Estatitis at the 1948 Edinburgh Festival. Editor and deputy made an appealing and inspired double act, one Butch Cassidy, the other the Sundance Kid. Once, when I suggested, provocatively, that Morecambe and Wise might be a better analogy, Kemp said he preferred Peter Cook and Dudley Moore, though he didn’t say which part he’d take. What Kemp realised was that the Herald (renamed in 1992) need not be a  parochial Glasgow paper, speaking as it did for Scotland’s largest city which prided itself on unpretentious intellectualism.

The problem, as he undoubtedly saw it, was that there was a limit to the sales of a city-bound paper. The trick was to find readers beyond Glasgow without alienating the diehards. The Herald’s Edinburgh office in York Place was well-staffed and productive and short-term inroads were made to the Scotsman’s circulation. But if history has shown us anything it is that Glasgow and Edinburgh are temperamentally incompatible and that attempts by one to muscle in on the other are inevitably doomed to failure. In that regard, the idea of closing the National Portrait Gallery in Edinburgh and opening in its stead a new gallery of Scottish art in Glasgow is instructive. Where our two great cities are concerned it seems it is safer – if not economically sensible – to duplicate than usurp.

The hallmark of Kemp’s Herald was its sense of self and its confident voice. In a word, it exuded chutzpah. In its heyday, when the editor was fully engaged and hands-on, he made it look and read like a newsprint version of himself. Which is to say that it was not in the least parochial or chauvinistic or too serious or too lightweight. Rather it was sophisticated, fair-minded, stimulating, fun-loving, invigorating, like a night in a proper pub. Good newspapers are greater than the sum of their parts. The reporting must be accurate and revelatory, the comment acerbic, enlightening, humorous. This pertains in every section, be it sport, features or business. Kemp read the arts pages as avidly as he did the football coverage. Moreover, in his bailiwick, he was forever out and about, meeting and greeting anyone he felt could help further the Herald’s cause. The irony is that the best person to do that was him. When you received a phone call or a note saying how much he’d enjoyed a piece you glowed for days because you respected his opinion and cherished his counsel. He was a man you don’t meet every day. 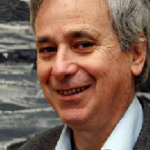 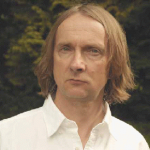 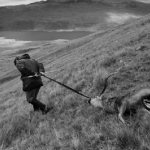