Warning: session_start() expects parameter 1 to be array, string given in /home/customer/www/scottishreviewofbooks.org/public_html/wp-includes/class-wp-hook.php on line 287
 Preaching Nationalism – Scottish Review of Books

The rapid rise of the SNP to the status of a respected and popular party of government from its previous eccentric fringe status is remarkable, not only in the political sense but also as a social and cultural phenomenon. The engaging memoir of James Halliday, a veteran SNP activist and ofﬁce bearer who in 1956, at the age of 29, was elected as the party’s youngest ever chairman, has many merits: perhaps the most obvious is that it serves to remind us, very entertainingly, that until recently the party was very small and very amateurish.

Now it is a progressive, purposive machine with a pragmatic leadership. It is feared and taken seriously in London; in Scotland it is now an accepted and valued part of the country’s cultural sociological and civic landscape. This speedy and extraordinary transformation is analysed with concision and authority in the other book reviewed here: an academic study of the party by Prof James Mitchell of Strathclyde University and his colleagues Lynn Bennie of Aberdeen University and Rob Johns of Essex University. As such studies go, it is refreshingly lucid and available, and happily devoid of abstruse psephological jargon. The book presents a coherent and credible account of the SNP’s swift progress.

The SNP existed before 1948, but could hardly be regarded as a proper political party for till that year its members were allowed to belong to other political parties. Later, it was the advent of devolution that gave the the SNP its ﬁrst serious opportunity. It was seized with alacrity.

The irony of course is that devolution was championed by the Labour Party, and in particular by the indefatigable Prof John P Mackintosh, who does not get the credit due to him in the Mitchell book. Mackintosh was a proliﬁc journalist, a brilliant polemicist, an academic of distinction – and a Labour MP. In his Monday column in the Scotsman in the early and mid 1970s Mackintosh championed the cause of devolution with force and ﬂuency. He was following up a commitment to devolution which the paper had made as early as 1968, during the long and prescient editorship of Alastair Dunnett.

Eventually Mackintosh’s colleagues in the Parliamentary Labour Party espoused the cause. But they had mixed motives. Some of them embraced devolution because they thought it would destroy Scottish nationalism once for all. How wrong they were; of course their number did not include Donald Dewar, who kept the devolution cause alive almost singlehandedly during Labour’s long years in Opposition from 1979 till 1997, and who eventually, most appropriately, became Scotland’s ﬁrst First Minister.

When the Scotsman was pushing the cause of devolution, the Herald remained suspicious and disdainful. Much later the roles were reversed; the Scotsman, under Andrew Neil, was hostile to the SNP while the Herald, in the late 1990s, became much more sympathetic.

It was more than mere opportunism that allowed the SNP to beneﬁt greatly from devolution. The devolution process created a signiﬁcant ‘Scottish political space’ that was clearly separate from UK politics. This was a godsend to the SNP; it allowed the party to translate its growing, widely spread support across Scotland more efﬁciently into seats. The advent of regional list seats was a further boon. In short, devolution handed the SNP what it had hitherto lacked: governing potential. At the ﬁrst Holyrood elections in 1999, the SNP became Scotland’s second party, both in seats and in votes.

But, as Mitchell and his two colleagues note in their compact narrative, there was still much to do. It was Mike Russell, one of the SNP’s relatively few intellectuals, now education minister in the Scottish Govement and from 1994 to 1999 the party’s chief executive, who advocated, with passion and clarity, the pressing need for an overhaul of the party’s structures. His modernising zeal did not always make him popular but his ideas were taken up by John Swinney when he became the party’s leader in 2000, though his various reforms were not actually introduced till four years later. Swinney played a key role in the party’s modern history. He transformed it from a ‘party of protest’ to a ‘party of government’; few could deny that he was an industrious and accomplished moderniser.
John Swinney, a quiet man and a master of detail, is not a ﬂamboyant, forceful or colourful ﬁgure in a party which has had plenty of these (think for instance of Winnie Ewing, Margo MacDonald and the late Douglas Henderson). But his legacy was enormously beneﬁcial. The party was at last turned into an electoral machine, with sophisticated campaigning techniques and an efﬁcient headquarters. Today the SNP organisation is lean and sophisticated.

Meanwhile the party membership (like that of some other mainstream parties) is, as Mitchell and his colleagues show, older, more male, better educated and more middle class than the population at large. Who are these key people, the party’s members? Even with this very thorough study to hand, we do not learn that much about them. They regard themselves as slightly left of centre. The party remains unable, for whatever reason, to attract proportionate cadres of women members and younger members.
Between the autumn of 2007 and the summer of 2008 the party’s membership was sent a very detailed questionnaire by Mitch-ell, Bennie and Johns. More than half of the membership responded. The results of this important survey are presented at the end of their book in a long appendix which has 62 separate tables of information. For example, major threats to the Scottish nation, for SNP members, included being denied North Sea oil revenues, lack of self conﬁdence as a nation, and ‘London Government’. Thatch-erism also featured, perhaps not as highly as I’d have expected, though it has to be remembered that the SNP did not do particularly well in the UK elections when Scots could vote on Thatcher’s record (i.e. in 1983 and 1987). Issues such as foreign ownership of Scottish businesses, emigration and English nationalism were not regarded as signiﬁcant threats to the Scottish nation.

So where do we go from here? So far I have managed not to mention the party’s leader, Alex Salmond, who is surely the most talented and able politician currently operating in the UK. (To justify that I would ask readers to contemplate a series of TV debates featuring Salmond, Cameron and Miliband. I have no doubt that Salmond would win hands down) Salmond has a keen brain and a superb memory; he could undoubtedly have enjoyed a career as a distinguished academic economist. He has great charm (even if he does not always choose to deploy it) and courage too. His wrecking of Nigel Lawson’s disgraceful Budget at Westminster in 1988, when he stood alone in the Commons with the massed ranks of the both the Tory government and the Labour opposition spitting bile and fury at him, required both physical and moral courage in considerable measure. He has mastered various kinds of oratory, from the insidiously conversational to the rousing and angry. He can be couthy or magisterial with equal facility. Indeed his high ability in the political arts is perhaps ironically, his biggest weakness; it inevitably tempts him to busk, to rely on his immense native wit rather than always attend to the tiresome detail. But that is a minor cavil.

I sense that increasingly the SNP will be tested by its attitudes to England. As the referendum on independence draws nearer, the party will have to adopt a mature and enlightened attitude to England, no matter what silliness, provocation and ignorance emanates from south of the Border. I suspect that an independent Scotland would be very good indeed for England; not necessarily economically, but certainly culturally, in terms of identity, and politically; it would allow the English to have the governments they wanted. It would force the English to work out how who they really are, what it is to be English. Right now too many ﬁnd it hard to separate Englishness from Britishness.

There will be dangers, as the referendum draws near. There are always silly asses on the fringes ready to make serious mischief. In his most readable memoir James Halliday recalls a meeting with a journalist (or perhaps, more sinisterly, an agent provocateur) allegedly from a Scottish newspaper (not, I stress the Herald or the Scotsman) who suggested that the Scottish cause could be served by the blowing up of the rail and road bridges at Berwick. Needless to say, Halliday had nothing more to do with this creep.
Halliday rejects all Anglophobia; as he says it is wrong and ridiculous to criticise anyone for something they cannot help, namely their nationality.

He has given long service to Scottish education as a history teacher and a history lecturer; more importantly he has given decades of stalwart service to the SNP. His decent commitment was somehow inevitable. He simply cannot remember when he was not a nationalist, even as a very young child. It came automatically. ‘You were just a Scot and Scots should rule their own country….. no-one ever preached nationalism to me until I was old enough to preach it to others.’

How I envy that simple, straightforward, perfect certainty. I believe I’m as Scottish as the next man, but my own journey to supporting the SNP has been painful, confused and tortuous, and even now, though I back the party, I cannot bring myself to join it. This is perhaps excessively fastidious. Certainly, if Scotland does succeed in gaining her independence, it will be thanks largely to honourable, decent and industrious men and women, folk like Halliday, who have spent many long days and longer nights amid difﬁculty and division, keeping the ﬂame burning even when it seemed to be in danger of ﬂickering out. Halliday has been through a great deal, not least presiding over candidate selection; many good people who lacked some of the requisite skills had to be rejected. But he looks back on it all with humour and a kindly shrewdness.

These two books, then, hold up very different mirrors to the phenomenon that is the Scottish National Party. Mitchell and his colleagues analyse and explain, as serious academics should. Balancing this is the couthy, charming and very personal testament of Halliday, the record of long and dogged service to something that transcends mere politics: a passionately cherished ideal.

YOURS FOR SCOTLAND: A MEMOIR 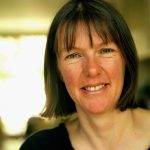