Warning: session_start() expects parameter 1 to be array, string given in /home/customer/www/scottishreviewofbooks.org/public_html/wp-includes/class-wp-hook.php on line 307
 Afgans in Oban – Scottish Review of Books

On the locomotives now, Simon had the night roads all up in his mind. He too could close his eyes and divine exactly where he was throughout these blinded lands . . .’ This is a young railwayman, learning his trade in the early 1970s, when ‘the railways’ – along with ‘coal’ and ‘steel’ – were still the sinew of national politics. But this is also a novelist writing about his own craft. The drivers and ﬁremen who worked – and still work – the West Highland line traverse the landscape in the dark and without illumination, their awareness of the landscape outside learned and intuitive rather than visual or conscious, certain only as to ultimate destination. And that’s how the novelist works, when the work is at its best, moving through a known landscape towards a pre-determined but not yet certain climax, receiving and giving only glimpses of his big themes like high tops suddenly shown in silhouette against a lighter sky, or an imperceptible shudder in the prose when a certain gradient is reached, all the while maintaining a steady, unforced pressure on the deadman’s pedal that keeps the narrative running.

It isn’t the least miracle of Alan Warner’s latest and best novel that he has managed to take back Scottish rail travel as a viable fictional setting from Richard Hannay and Harry Potter. The greater miracle of a book is how smooth and on-time the journey is, a trip through a nostalgic cultural landscape that doesn’t depend on nostalgia for its success. There is little documentary reference to the Heath years, but even without the dateline that fixes the slightly shifting chronology of Simon Crimmons’ first/last summer of freedom one knows what is going on in the wider world. In the same way, War-ner doesn’t set-dress his interiors with rock albums of the moment. Indeed, one suspects he may have gone back and scratched out a few titles, leaving us to guess or not guess from passing descriptions of covers or music. In the same way, Oban (‘the Port’) is both recognisable and irrelevant, except insofar as it represents a useful social topography for the novelist, a quiet confrontation between machine and pastoral modes, and a destination right at the water’s edge.

We meet Simon Crimmons at 16, leaving school for what he intends to be the last time. He’s from a well-off family. Simon’s accidental recruitment by British Rail (he originally thinks that ‘traction trainee’ is a medical job: hospital = nurses) puts him in conflict with his father’s road haulage business, a nicely understated confrontation that grows in relevance and emotional charge as other elements come into play. In a sweet and straightforward way, Simon is getting off with Nikki Caine, a girl from the council estate. There is also a more ambiguous and exotic encounter with the hippyish son and daughter of Andrew Bultitude, the Commander of the Pass, who a decade before had hosted Queen Elizabeth II at the opening of a hydro-electric scheme (Cruachan, presumably) which had resulted in the drowning of a small village. The Bultitudes are given an imaginary place in Our Scots Noble Families, a ‘general indictment’ of wealth and privilege, written in 1909 by Tom Johnston, arguably the greatest ever Scottish Secretary to serve in Westminster. Simon doesn’t seem to be aware, and one wonders to what extent Warner is, that Johnston was also a major supporter of hydro-electric power in Scotland and the effective founder of the Hydro-Electric Board, which slightly complicates the fictional picture. But . . . so far, so straightforward.

No one has ever doubted Warner’s ear for dialogue. It lacks the elaboration, restricted codes and, yes, literariness of an Irvine Welsh, and it doesn’t soundtrack anything like Welsh’s surreally extended naturalism. It simply rings true. As he proved in Morvern Callar and after, Warner is still a devotee of the well-made narrative. However improvisational some of his effects, the books all have structure and intent, none more so than this, and none more successfully. Like Simon, he has learned to keep his weight evenly on the pedal. The unevenness of tone and narrative direction that has run through all his work from These Demented Lands and The Sopranos, through The Man Who Walks and The Worms Can Carry Me To Heaven, to the very nearly perfect The Stars In The Bright Sky (and suddenly, how long he seems to have been a part of the Scottish writing scene!) has all but disappeared. There is still a point in The Deadman’s Pedal when the archetypal and the merely generic are in precarious balance. The two girlfriends, Nikki and Varie (whose deliberately mis-spelt name may be a reference back to all those quibbles over ‘Morvern’ and ‘Cal-lar’) are respectively light and dark, innocent and experienced, but while Varie’s brother Alexander Bultitude is a routine smart-arse posho, who affects military greatcoats and Afghans (in Oban! in 1974!) and pinches copies of Genet from Menzies’s, presumably just waiting to be played in the movie by some younger version of Richard E. Grant, the girls have real presence even if the choice between them seems obvious and fated.

It is only when the old railwaymen speak the speak that Warner’s prose begins to sing. He’s never written better and never scripted dialogue so convincingly. Simon’s initiation is shot through with a delicately savage humour as the old men mock his age (which they simultaneously fear and envy), his father’s wealth (which they simultaneously distrust and ditto) and his awkwardly toted crash helmet, for Simon is also learning to negotiate his native landscape on two wheels and his movement through and around ‘the Port’ is very carefully plotted.

As always in Warner’s work, though, it is the women who ought to be watched. Mostly quiet, rarely vociferous or emphatic, but absolutely at the root and essence of everything he is writing about. Warner was praised, mostly rightly, for Morvern Cal-lar’s inscape and his insight into female consciousness, and yet at that early stage it still seemed forced and deliberate. Making a young woman think about how she wipes herself in the toilet is a man’s gesture of empathy and it’s the gesture one sees, not the empathy. Perversely, by allowing Simon and his school pal to look up Nikki’s skirt, and by letting her react, she seems much more real and internalised even if we only get her from a ‘male point of view’. The impression extends to Simon’s mother, who is super-quiet and accepting but wonderfully warm and present. And it goes ever further: to the young Queen at the dam, to the old railway wives who stand back from the freemasonry of the rails, watching to see which comes first for their menfolk, physical disintegration or redundancy, to Varie and Alex Bultitude’s dead mother (and the other glass-coffined dead at Broken Moan), ultimately to the Virgin who makes such a strange appearance at the climax of the book.

It is only here that one realises how well Warner navigates and how intuitively he has pulled together all his themes. The Deadman’s Pedal is ‘about’ many things. It is ‘about’ class, as British novels still somehow have to be, but it is strikingly subtle about class, too, not another anti-bourgeois tract inspired by Tom Johnston’s equation of ‘nobility’ with ‘rapine, murder, massacre, cheating or Court harlotry’. It is a rite of passage book, but more interestingly a rite of passage not into sex but into work, not into romance but into craft. It is very much concerned with the weight of the past and how different families, ‘working’ or ‘privileged’, display or conceal their achievements and their inheritances. Andrew Bultitude bears a seemingly absurd title that still carries weight and meaning two generations after Johnston predicted the withering away of such Ruritanian nonsense in the face of modernity. As officer class, Bultitude is always behind the action, in both senses. Simon Crimmons’ father was in the same wartime unit. He has medals for gallantry, won in circumstances his son is fated to repeat, but which are hidden away in the family home and never spoken of until a magnificent set-piece two thirds of the way through the book when an older consciousness and experience than Simon’s briefly dominates. Then again, the Bultitude house has on display a family letter from Waterloo, or at least an electronic facsimile of the original, which is also shut away. How different are these people, really?

It is also a novel about time, as befits fiction with a railway background, and about timelessness. Warner’s delicately orchestrated chronology covers almost no time at all, even allowing for the moment in 1961 when all latent power was switched on, and it is always subject to the eternal presence of the rocks beneath. Nothing much is made of Varie Bultitude’s choice of geology as a university subject, but it means everything. This is a country in change, and also changeless, unchangeable, and one senses that Warner likes that. For these reasons and more The Deadman’s Pedal is a novel that will last. Its human doings happen over deep strata. We have won the power to traverse and to change that landscape but not to escape it, and it comes back at us in a cyclical return of the repressed. The scale is different and the ambition both less severe and less playful, but Warner has ‘learned the road’ and this is the best Scottish fiction since Lanark. 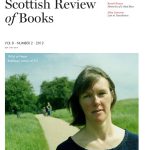