Warning: session_start() expects parameter 1 to be array, string given in /home/customer/www/scottishreviewofbooks.org/public_html/wp-includes/class-wp-hook.php on line 307
 SRB Diary: In An Orkney Bookshop – Scottish Review of Books

Stromness, last winter—although Orkney was having its heaviest weather in fifty years, we weren’t suffering anything like the central belt was. We did our shopping with a plastic sledge we bought at the newsagent’s. Stromness is on the water, and darkness comes early; nevertheless it is a town of warmth and generosity. It’s unusual to walk through the high street in the early dark and not meet someone you know, and one of the pools of light into which people sidestep the traffic in order to converse is that emitted by a book shop, fabled to many, run by Tam MacPhail. Many of us refer to it as ‘the book shop at the end of the world’, although we have heard that there is a book shop in Lerwick – and if there is a Tesco above the Arctic circle no doubt they are discounting Jodi Picoult at that blasted latitude. But Stromness Books and Prints, which measures barely 20 feet across, seems sometimes not so much a bookshop as the embodiment of a mind, rather like the planet in Stanislaw Lem’s Solaris which, when orbited by astronauts, starts doing their thinking for them.

It’s the representation of many years of bookselling – Tam remembering what people like and what other people like about what those people like. He peruses the Bookseller and the TLS, but also stocks books which are just interesting, whether or not he knows of an immediate buyer. Some he orders simply because they sound irritating as hell. And when all these titles are assembled in the little shop, they contribute to an experience something like browsing the stacks of a much larger library. You come away with a book you have heard about for years, or one you have never heard of, or one which was the favourite book of an author you admire. The shop (and the people in it) tell you these things. The internet has come to the northern isles, but there are a number of human things some still do there the old fashioned way. Selling books is one of them. And there is a general murmur that goes up and down the street when the lemons arrive once a week at the butcher’s. Looking for books on the web is nothing like this. One runs up against a massive amount of inhuman calculation. This, at least, is one way in which books and our experience of them will never be digitized: the randomness and the visual quirks of browsing have yet really to be duplicated in any way. Because you can’t digitize, or imitate, the love of something.

Tam will sell you Jodi Picoult if you insist. He will sell you any book from any publisher that he can get hold of. And you will pay a fair price for it, so that the author and the publisher can make some money. (One can make mistakes in thinking about Stromness Books and Prints – I suggested to Tam last year that he institute a loyalty card scheme, and I thought he was going to be sick on my shoes.) But given the ‘climate’ of the publishing industry, is it surprising that the shop has begun a barely perceptible leaning toward smaller presses? This after all is where most poetry exists, and where many of the better writers, in Scotland particularly, have now to exhibit themselves: outside the lists of the few remaining large publishers with money.

This may seem depressing, but it shouldn’t – the publishing of books will have to revert to a reasonably sized industry featuring reasonable prices and reasonable expectations of return; it’s been a dismal failure in the hands of those who make movies or own newspapers or sell golf clubs. Alfred Knopf said this many times: you cannot make more than three or four percent profit on publishing books. And he did not die a poor man – he was a prescient and canny publisher who put much of the money he made into the titles in his list; simply put, he was a humanitarian. Now the business side of his company is being run by people without culture, and in terms of the history of publishing that is a very great difference. But revert to the old model the book industry will, when the philistines in the marketing departments tire of not making enough money. When one thinks about this cultural quagmire on a winter night in Stromness, the light from the book shop seems not a waning lamp of outmoded individuality, but a steady beacon from the future.

The late Mr Jobs spent more time in the barber shop than in the book shop, that’s pretty clear. And he colluded with the adversary to offer us a morally mixed-up, capitalistically driven ‘culture’ that has no reason to be. It is so much less real than the world of literature, art and music, as they actually exist, outside the web, it’s breathtaking. The many, many, many people you can hear at every book festival and on every internet street-corner decrying books, actually slandering and libelling them, saying there will never be a use for them again, that print is dead—did they ever have a use for books at all? Are we really supposed to believe that in a totally electronic culture, tricky work will not be suppressed, switched off as quickly as a mobile network in a peace march?

Chicago, this past summer, was about as hot as Stromness had been cold. We were staying in a flat in what is known as ‘Printer’s Row’, a section of Dearborn Street in the South Loop which used to be beetling with lithographers, printers and binders, some of the most famous names in America: Donnelly, Mergenthaler, Franklin… These businesses outgrew their nineteenth century premises and left for the suburbs year ago. But Printer’s Row maintains an active interest in its own history, and it is here that once a year a large and lively book fair takes place. It’s not a “literary” festival per se, but there are readings, along the street and at the astonishingly good Chicago Public Library nearby. There are people who’ve published one passionate little communist book; there are would-be celebrity chefs demonstrating their spaghetti vonghole to the footsore. There are those from the growing army of shadows of the “self-published”, whatever that means, and somebody had better figure it out, and soon. But the main business of the fair is books, wonderful, interesting books from a variety of dealers from around the United States. The prices are remarkably low. Yes, there are cat books, and gardening books, and the used postcard dealers, but at least half of this fair is literature, belles lettres, art and graphic art. It’s a little bit amazing to see so many people, thousands of them, flooding the street for two days and enthusiastically, ravenously even, buying books and obviously happy, very happy to be doing so. One doesn’t experience that kind of elation in the cybernetic corridors of Amazon, or in the sales tent at the Edinburgh International Book Festival, which seems like a temporary morgue.

The New York Times reported this summer signs of recovery in the publishing sector in America. Would it be churlish to think that the bankruptcy of Borders Books was an important part of this upturn? We attended one of the final days of their liquidation sale, in a giant two-storey shop in downtown Chicago. The place was jammed to the skies with Jodi Picoult, a lot of cat books and videos, and thousands of people who had decided that now was the moment, by damn, to get that picture book about the Beatles. The prices were remarkably high. A street and a half away, a big branch of Barnes and Noble basked in the sun. It was still open, but there was nothing much inside it, either.

Two book shops live in Printer’s Row all the year. One is a general book shop, with a leaning toward children’s books (there are many young families in the neighbourhood), art books and books on architecture. I’m warning you, if you should go to Chicago, be prepared to talk about architecture. I mean prepare yourself. Part of the pleasure and perhaps even the duty in owning an independent book shop used to be to suggest what is good: this is good and that’s why somebody printed it and why it’s on the shelf. (Marketers can’t achieve this as they have to do everything backwards—the focus group as god.) The shop has been there for thirty years or more, but one gets the feeling that the living is meagre and the will to gently lead in this way lacking. Many local sellers of new books are terrified of a public that insists on the familiar, and guyed by a publishing industry that still will take no risks as long as the business schools churn out marketers. Stromness Books and Prints it isn’t.

Across the street is an antiquarian book shop that opened a few years ago. It has a beautifully crafted and decorated interior and, curiously enough, specializes almost exclusively in American first editions of the twentieth century, books produced in that very neighbourhood. The moment I entered the place I swooned with recognition, for this is the kind of book I mostly own—good books by good writers that were sold for a few dollars and made and printed with care. It was like walking around in my own head, or maybe in Alfred Knopf’s head. The covers and bindings were all familiar, and loved, territory. The man who runs this shop is happy and friendly. Of course he doesn’t have to cope with publishers who have surrendered their brains, suicidal authors, and a deluded public. He deals only with people who love books. 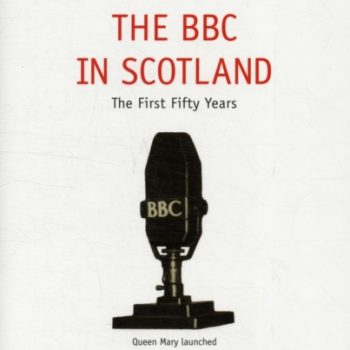