Warning: session_start() expects parameter 1 to be array, string given in /home/customer/www/scottishreviewofbooks.org/public_html/wp-includes/class-wp-hook.php on line 303
 Volume 7 – Issue 3 – Editorial – Scottish Review of Books 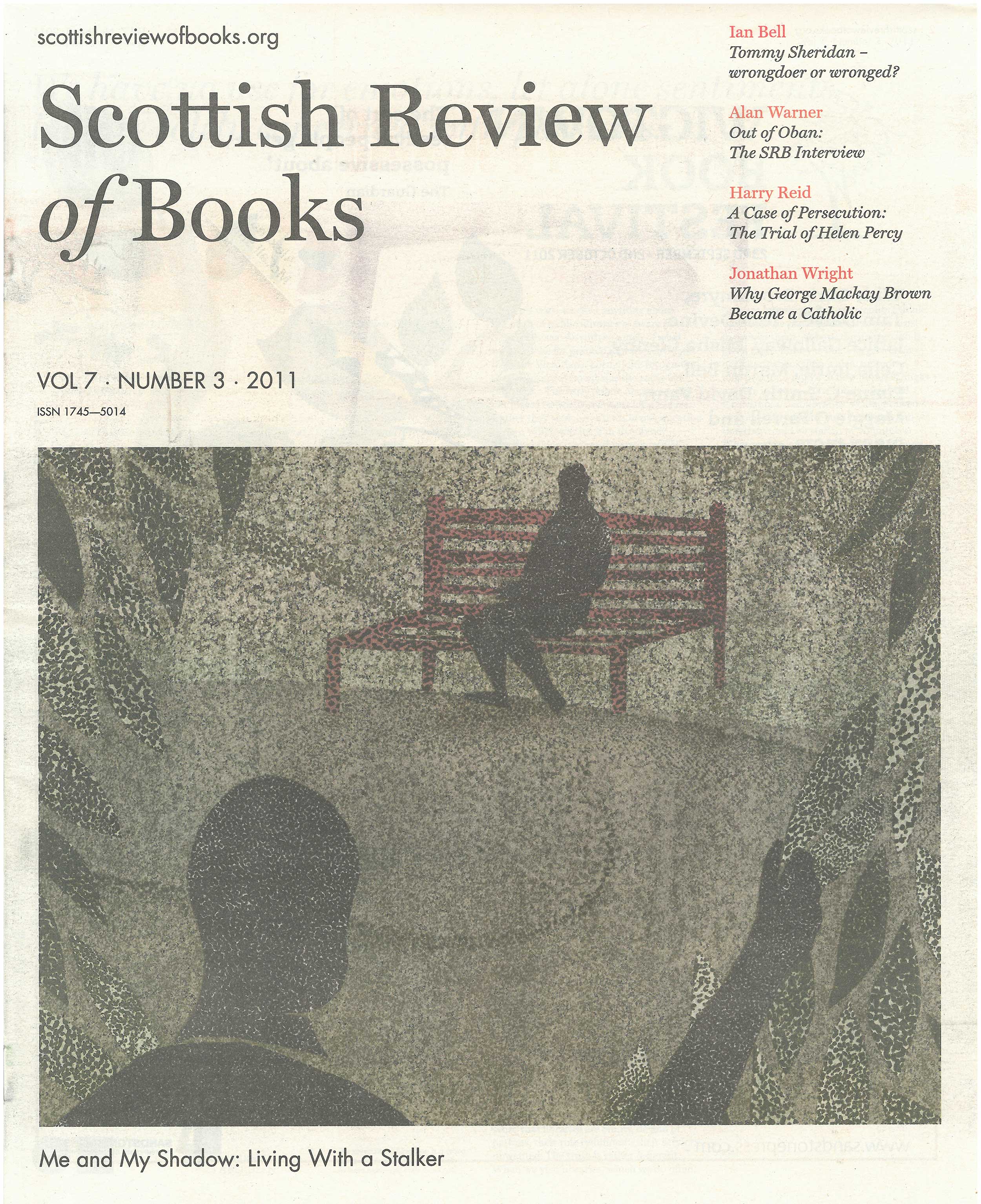 Anyone who knows anything about the birth of public libraries is aware how difﬁcult it was. As with so much of what we now take for granted, libraries are a gift from the Victorians, born of the recognition that self-improvement was the route to prosperity. The early public libraries were not places to which one went for pleasure. Rather they were extensions of an education system which was itself in its infancy.

The books one borrowed were carefully selected and designed to edify rather than to entertain. Nothing frivolous was on offer. History, religion, philosophy and other such high-minded subjects dominated. Where novels were available they were not of the shocking or subversive or saccharine variety. Devotees of the 19th century equivalent of chicklit and tartan noir were doomed to disappointment. What public library advocates and benefactors, such as Andrew Carnegie, hoped was that library users would become informed, responsible citizens able to participate in an evolving democracy.

Inevitably there were many opponents to the idea of a library service free at the point of use. Among them were the owners of commercial libraries who were understandably (and rightly) worried about the consequences for their business. Other Jeremiahs included national politicians who were wary of the over-education of hoi polloi and local panjandrums who feared that libraries would become a burden on taxpayers. Ultimately, though, the defeatists, pessimists and scaremongers were silenced and town by town libraries came slowly into being, becoming as much a part of the British urban landscape as banks and post ofﬁces.

Or so we naively thought. Daily, it seems, libraries are closing, staff laid off, opening hours curtailed, budgets cut, victims of public spending cuts. Asked to explain their decisions, councillors affect a wistful tone, professing regret and sorrow in equal measure. Their hands are tied, they protest, hard choices must be made. If there was an alternative they’d like to hear about it. What would you rather closed: a library or an old folks’ home? By the time they have stopped talking one begins almost to feel sorry for them. Who among us would like to be put in such an invidious position?

What irks us at the SRB, what raises our ire to fever pitch, is the ignorance that many of our elected ofﬁcials exhibit when talking about public libraries. Have any of them, we wonder, visited one lately? Listening to these tribunes talk you could easily get the sense that libraries are empty, devoid of patrons, their role redundant, their services unwanted. The truth is rather different. When we visit libraries, which we do often, they are humming. But you wouldn’t think that from the comments of those we trust to protect them. At best, the impression is given that a library is like a larger version of a charity bookshop which, moreover, may provide a model of how libraries might operate in future. It has been suggested, for example, that libraries no longer need be housed in custom-built buildings and that they could be staffed by volunteers. What professional librarians think of such nonsense is easy to imagine. It’s like saying that buildings do not need to be designed by architects or that doctors are unnecessary in hospitals. Yet again what this displays is ignorance. Do the people who are charged with managing the public purse strings know what they are doing? Have they a clue what libraries are for?

Of course no one with a healthy brain cell underestimates that we live in ﬁscally challenging times. That much is taken as read. What these require, however, is not mindless cutting or the abandonment of a service such as public libraries because, politically-speaking, it is a relatively painless thing to do. It seems to us that, far from having outlived their usefulness, libraries are more necessary than ever and are likely to be even more so in the tough months ahead.

Not everyone, for example, can afford to buy books, let alone download them on to a Kindle. Indeed, not everyone wants to buy books even if they can afford them. Nor does everyone have access to the internet. In some constituencies in some of our major cities less than half the population has internet access. Nor does everyone feel happy that Google is the gatekeeper to the global library. Apart from anything else, just imagine what would happen if Google suffered a fate similar to that recently experienced by Rupert Murdoch’s News International. At their best, public libraries are the opposite of the internet where credit cards have replaced passports. In a library you are free to go where you please. The possibilities are inﬁnite, but for how much longer? We are in danger of jettisoning our heritage; the Victorians would not be amused.