Warning: session_start() expects parameter 1 to be array, string given in /home/yourband/public_html/srb.swddev.com/wp-includes/class-wp-hook.php on line 286
 From Paisley to Peoria – Scottish Review of Books

From Paisley to Peoria

The success of Bill Forsyth’s Scottish films has overshadowed his career in Hollywood.

Where is Bill Forsyth?’
While browsing a movie website two summers ago, I was stumped by an anonymous blogger. Where is Scotland’s most important living filmmaker? It’s more than a decade since Forsyth last directed a movie, Gregory’s 2 Girls (1999). Old Forsyth films can be as hard to come by as new ones. Two of the eight films Forsyth made, Housekeeping (1987) and Being Human (1993), are currently unavailable on DVD.

In other regards, though, it sometimes feels like Forsyth hasn’t been away. Between 2008 and 2010, the Glasgow Film Theatre held special anniversary screenings of three early Forsyth works: his debut, That Sinking Feeling (1979), sophomore success Gregory’s Girl (1980), and his fourth film Comfort and Joy (1984). 2009 also saw the filmmaker give a career retrospective interview at the Edinburgh International Film Festival and pick up an overdue Lifetime Achievement Award from BAFTA Scotland.

It might appear perverse, then, to suggest that Bill Forsyth is underappreciated. But he is – and we in Scotland must share the blame. Preoccupied with where a remarkable filmmaker came from, we’re oblivious to where he subsequently went.

Born in Glasgow in 1946, Forsyth began his career making documentary shorts. That Sinking Feeling was a low budget film made with amateur actors from the Glasgow Youth Theatre. After some difficulty securing funding, Gregory’s Girl was Forsyth’s breakthrough hit. After four films made in Scotland, Forsyth took the opportunity to work in America. While we never tire of another opportunity to watch Gregory’s Girl, we rarely ask ourselves why Being Human, an audacious multimillion-dollar, Hollywood-studio-funded portmanteau epic spanning several millennia in the history of humankind hasn’t – to the best of my knowledge, at least – been screened publicly in Scotland since its 1994 Edinburgh Film Festival premiere and a trickle of one-off showings around the same time.

Film fans and critics further afield follow our example. Almost all critical commentary on Forsyth concerns the Scottish part of Forsyth’s career. Of course, That Sinking Feeling, Gregory’s Girl, Local Hero, and Comfort and Joy remain pioneering celluloid depictions of Scotland. Neither before Forsyth nor since has another indigenous filmmaker captured local quirks in a way that engaged audiences in Paisley and Peoria alike. But at the same time, three projects produced with American money and tackling non-Scottish subject matter remains neglected. We can quote swathes of dialogue from Gregory’s Girl or Local Hero, but struggle to remember the titles of Housekeeping, Breaking In (1989), and Being Human. So Scottish does Forsyth seem to us – not least because his work helps us to seem Scottish to ourselves – that we won’t let him be anything else.

Yet his Scottish films are about so much more than just Scotland. Why else would they win sizeable international audiences? Ideas and emotions, rather than the local accents which express them, are what count. When a jobless teenager shares his pain with a statue in Kelvingrove Park, That Sinking Feeling turns Scotland’s crumbling economy into the stuff of tragicomic existentialism.

Cumbernauld school-kids wander the corridors dressed as penguins (I still not sure why, either) and study A Midsummer Night’s Dream in Gregory’s Girl, underlining the Arcadian quality of our own adolescence that we were too immature to recognise at the time. When rural Scots and rapacious Americans surround themselves with potted plants and piscine prints while planning wholesale environmental despoliation, Local Hero meditates upon our dangerous inability to comprehend the nature of Nature. In Comfort and Joy, an ice-cream van driving over a motorway flyover shrouded by midwinter gloaming, rather than the more usual suburban side-street scene bathed in summer sun, crystallises the disorientation that romantic bereavements provoke.

As accomplished as his Scottish films remain, Forsyth’s US career comprises a mini-oeuvre that’s thematically coherent and just as creatively accomplished. The central characters of his American films either struggle to achieve or reject the comforting ideal of domesticity. Human existence in Forsyth’s American cinema is pained because it is peripatetic. Housekeeping, a thoughtful adaptation of Marilynne Robinson’s 1980 novel, depicts the travails of two parentless teenagers nominally cared for by their unbalanced aunt, a drifter who has spent most of her life on the road. Breaking In is about burglars, men who upset rather than defend the notion of home as castle. Being Human presents reincarnations of the lost same character across several millennia in order to play out variations on a central refrain, the heartache caused by broken or lost families. In that light it is ironic that Forsyth’s reputation is understood almost entirely in terms of his homeland: he’s seen as a Scottish artist, rather than as an artist who happens to be Scottish. The consensus view obscures a distinguishing characteristic of the director’s work, namely, its insistent questioning of the possibility (or even desirability) of fixed associations between people and places.

Elsewhere, the American movies extend the creative achievements and preoccupations of the Scottish ones by returning time and again to explore the workings of the nuclear family or a surrogate for it. This is territory not explored by the early features. That Sinking Feeling and Gregory’s Girl examine the experience of teenagers free from the influence of never-seen parents. Conversely, Local Hero and Comfort and Joy are built around thirty-something single men whose focus on their career has stopped them from starting families. From Housekeeping onwards, however, the relationships between parents and children becomes Forsyth’s preoccupation. The tragedy of Housekeeping relates to its orphaned siblings’ doomed attempt to resurrect their dead mother in the figure of their living aunt. Breaking In’s aging safecracker takes on an unfit young apprentice as the son his life of crime stopped him fathering. The five narratives which comprise Being Human have at their core the painful estrangement of a man from his partner and offspring. Even Gregory’s 2 Girls, Forsyth’s return to Scottish subject matter, continues the trend. Gregory, formerly the gangly adolescent hero of Gregory’s Girl and now an adult schoolteacher, finds himself torn between predatory and parental impulses projected onto an attractive, idealistic pupil in his professional care.

The success of the early movies established a misleading image which the director has never quite shaken off: not just Scottish, but whimsical and Scottish. It’s probably no accident that Forsyth’s least well-known films – the American ones – are his least conventionally or overtly humorous. There exists, after all, a readymade critical language we think can be applied to a Forsyth film, even without actually seeing it: “light”, “gentle”, “slight”, “wry”, “quaint”, “silly”. In the patronising assessment of the American film critic Jonathan Rosenbaum, Forsyth is ‘a lower-case film-maker’.

Yet the recurring themes that define Forsyth’s cinema suggest an artist who is nothing if not serious-minded: loneliness; the difficulty of honest communication between people; the fragility of intimate relationships; broken families; the disquiet-ingly porous borderline between adolescence and adulthood, oddness and insanity.

Some or all of these themes appear in every one of Forsyth’s eight features to date. Contrary to its reputation, the director’s comedy isn’t that of whimsy, of wilful escape from material and emotional reality. Rather, as Forsyth himself puts it, what his work confronts us with is ‘the comedy of adversity…, the comedy of how you deal with the situations that you’re in. And the darker they get, I suppose, the funnier it is.’ Amid the celebrated plethora of surreal gags involving rabbits, ravioli and roll-on deodorant, we shouldn’t forget that That Sinking Feeling’s unemployed teens never find work; that Gregory never gets his (intended) girl; that Local Hero’s Mac is banished from the rural idyll he never realised he needed until the moment he found it. Our laughter can’t change such disappointments, but it perhaps makes us willing to live with and learn from them.

Bill Forsyth is one of a rare breed of filmmaker, the kind whose work is unique in tone. In Forsyth’s case, that quality relates to his gift for intertwining discomfort and joy. An underlying seriousness of intent complicates and enriches the director’s comedy. Anything but self-congratulatory or self–important, Forsyth’s cinema asks us to think while laughing.

If there isn’t already a Facebook campaign to have Forsyth presented with the freedom of Cumbernauld (or freedom from it, should he prefer), then someone really ought to see to it. Better still, we could track down the Forsyth movies we don’t already know – new DVD editions of Housekeeping and Being Human are forthcoming from the New York specialist distributor Criterion – and dig out those we think we already do. It’s time Scottish cineastes (re)discovered an artist whose work talks to us about Scotland – and far beyond.

DISCOMFORT AND JOY:  THE CINEMA OF BILL FORSYTH

The Source of the Nile 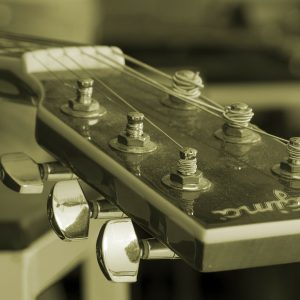