Warning: session_start() expects parameter 1 to be array, string given in /home/customer/www/scottishreviewofbooks.org/public_html/wp-includes/class-wp-hook.php on line 287
 SRB Diary: Melting in Melbourne – Scottish Review of Books

Not enough has been written about sunburn. That’s understandable in light-starved Britain, but after three cancer-ously hot weeks in Melbourne in November, I became a connoisseur of sun-abraded skin. One grows to appreciate the subtleties of sunburn, how skin cooks, the gradations of pink from radioactive oyster to the shade of mouthwash dentists use to burgundy birthmark. And then there is the pain. Catch your hand on a hot hob and it hurts, but perhaps only for a day. The pain of sunburn goes on and on. It is the pain of hell. You don’t get anything to show for it, barring a sly melanoma. No, at the end of the process, the colour does not settle down into a desirable weak-tea shade. Instead, you peel leprously, a grubby parody of the tourist’s desire to shed old skin in new surroundings. My nose, a particularly stricken promontory, went from resembling a beef tomato to the Dead Sea Scrolls.

Spend time in Australia and global warming doesn’t feel like a kooky scam dreamt up by climatologists to keep themselves in business. South-eastern Australia sizzled throughout November with Melbourne experiencing five consecutive days when the temperature snuck over 32C; the last time the city experienced a comparable heatwave was in 1896. Ten months earlier, a more intense sunburst killed 374 people. Australia is the hottest continent and, excepting Antarctica, the driest.

Opinion polls suggest Australians believe global warming is a clear and present danger. Australian politicians are a different matter, particularly the Liberal Party, the official opposition. The Liberals more or less translate into our Conservative Party, though this is the pre-Cameron Tory Party of the Nineties, boggle-eyed true-believers prone to civil wars, in this instance over climate change.

During my stay, a Liberal leadership contest took place which ended with leader Malcolm Turnbull’s defenestration. Turnbull had made an agreement with Labor Prime Minister Kevin Rudd not to vote down the government’s Emissions Trading Scheme in the Senate, Australia’s upper house, where Labor does not enjoy a majority. It was a calculated move on Turnbull’s part, a gesture to show the Liberals had changed since the Kyoto-jilting days of former Lib leader and PM John Howard’s government, on par with David Cameron cuddling hoodies.

As the ETS vote neared, the Liberals mutinied, with Turnbull dislodged by the vole-faced Tony Abbot, Shadow Minister for Families, Community Services and Indigenous Affairs. He has a Bushian take on climate change, describing it as “absolute crap”. Despite winning the leadership contest by one vote only, Abbot announced immediately that the Liberals would not now back the ETS. The Senate duly voted the ETS down, kicking the Australian government’s green policy into the long, brittle and super-combustible grass.

With a year until the next Australian general election this is kamikaze politics, the disputatious Liberals no more mindful of the future of their party than they are of our planet. The irony is that for all the rancorousness it sparked, the ETS scheme is, as attempts to save the environment go, weak. Effectively ETS outsources a rich country’s pollution to the third world, whose cash-hungry governments are paid to cut their emissions quota in order that richer countries don’t have to. ETS means Australians make no serious change to their lifestyles other than suffer a minor bump upwards on their taxes to fund the bribe. Since my return, Melbourne in January recorded its hottest night since 1902. Over 34 degrees with no sun in sight. Enough to make you lose sleep, if you hadn’t already.

Apart from degrading your epidermis, there isn’t a whole lot to do in Melbourne, not culturally anyway. The local art galleries do not impress. For example, the National Gallery of Victoria’s walls host any number of rum portraits depicting scenes of Victorian sentimentality, periwigged nobs, and Bible kitsch. Major artists are represented by minor work. Here, and in other galleries, they are oddly proud of Australian 60s pop art, which surely must take its place alongside Eskimo reggae and Korean morris dancing. Did I detect a whisper of curatorial humour before one exhibit, The Victory Of Faith by St George Hare? The painting depicts two nude Christian slave girls embracing while awaiting their martyrdom, a pious slab of Victorian lesbian porn. The catalogue notes demurely, “The depiction of naked women in chains seemed to hold a special interest for Hare, and he returned to the subject frequently”.

There is little relief outside the galleries. At first glance, Melbourne’s cityscape is finger-in-your-eye ugly. The jagged skyline bristles with buildings built imperfectly under the influence of the school of Foster. The Eureka building, Melbourne’s tallest, resembles a giant Bic lighter built out of Lego. Melbourne’s city planners are keen on sharded facades, leaning angles, eye-smiting colour, with many buildings badged with their owner’s logo. The idea, doubtless, was for the corporations to flaunt some millennial flash; one is reminded of the dull kid who spruces up his image with novelty spectacles.

There are however many beautiful parks close to the centre of town which are perfect for reading in the shade of a palm tree. Perhaps for that reason Melbourne was declared by UNESCO the world’s second City of Literature after Edinburgh. While I was there, the town flew flags publicising the Melbourne Prize For Literature, a competition held every three years to award $60,000 – about £35,000 – to a local writer whose career is judged by the public to be the most venerable. I recognised but one of the nominees (Shane Maloney), though I admit that is more likely a symptom of my poor knowledge of international writing than a comment on the shortlist. At least I wasn’t alone in my ignorance. When I visited the Melbourne Visitors Centre, a lopsided glass cube, the Ger-man-accented gentleman who served me was unaware Melbourne was a City of Literature, didn’t know about the Prize For Literature, and looked at me when I suggested some tie-in events might be a good idea as if I had suggested I might move in with him.

The Melbourne Prize for Literature’s winner was Gerald Murnane, a novelist and essayist. I went looking for Murnane titles in the bookshops, only to find them, and all other books in Australia, prohibitively expensive. For example, to thank my Stephanie Meyer-loving hostess for letting me stay with her gratis, I thought I’d buy her a decent junior-vampire novel, John Ajvide Lindqvist’s Let The Right One In. The paperback cost $27.99, which, once the vagaries of the current exchange rate are factored in, comes to £16.05, ten pounds more than what it would have cost in the UK.

During my stay, the Labor government rejected a Productivity Commission recommendation that Australia lift its restrictions on the parallel importation of books, which mean that books sold in Australia have to be produced in Australia. Retailers are not allowed to import and sell copies of a book as long as the local copyright holder has published the book on Australian soil within 30 days of its overseas release. Critics call this protectionism and argue this refusal to open the book market to cheaper foreign imports inflates book prices. Defenders of the status quo, whose numbers include Peter Carey and Tim Winton, say it gives publishers rather than bookshops the power, meaning profits can be directed into supporting new local writers and academic volumes rather than offsetting the chain stores’ mass discounting as happens in Britain and America. It also means small independent bookshops can compete with the chains as books cost the same more or less wherever you shop in Australia. Consequently, Amazon does not trade within the antipodes.

If the arguments look familiar then you might recognise them from the period when Britain’s Net Book Agreement was jettisoned. In 1997, when the UK’s Restrictive Practices Court ruled the Net Book Agreement was against the public interest, authors, publishers, and independent booksellers made the arguments their Australian counterparts make today. In the past twelve years, 500 small bookshops have gone out of business in the UK. Part of me welcomes the Australian decision to shelter their publishing industry and book culture, but another part, the one that holds my wallet, thinks it absurd to charge so much; if the idea is to get people reading, punitively-priced books is counter-intuitive. But perhaps this is another sector’s opportunity. An expat I encountered told me she uses the library weekly.

When I left Edinburgh, the centre of town was still gutted, gashed through in readiness for the sometime appearance of the new tram system. Melbourne has the world’s largest tram network, run by French-owned Connex who also administer the city’s commuter train service. Trams and trains are bountiful, clean, and not expensive, although I did not travel during rush hour and the trams’ drivers tended to possess the social skills of a polar bear.

Melbournians however are not in love with Connex, and after much complaint, the French company lost its contract on 30 November.

A week earlier, I was almost arrested by Connex’s ticket-inspectors. To explain, I had not ‘validated’ my rail ticket. Buying a train ticket was not enough in itself; passengers were then expected to run their ticket through another machine after purchase. Connex did not install at the regional stations travel-barriers of the sort users of the London Underground would recognise, the sort you can’t get past without a ticket to feed into it. The unscrupulous can easily travel without a ticket, as easily, say, as you might forget to validate a ticket you actually bought.

Travelling into the centre of Melbourne from my base in the suburbs, I was asked to show my ticket by an inspector, a Stanley Tucci-lookalike. I complied only to be told I was in trouble. I hadn’t validated. I now owed Connex $160.

By this point, the inspector had been joined by two heavies who towered over me in the semi-full carriage as if I was a notorious child-killer. The red breaking through on my face was, for once in Australia, nothing to do with the heat. Eventually, the inspector let me off, swearing “ninety-nine percent of other inspectors would have fined you”. I suspect he let me go because, with my clumpy bags, and my shorts, and my nose totally Rudolphed, I looked exactly like what I was: a clueless British tourist. 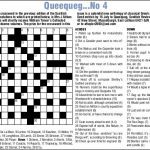 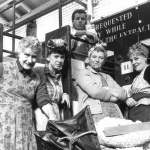 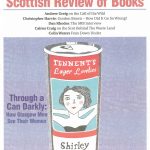