Warning: session_start() expects parameter 1 to be array, string given in /home/yourband/public_html/srb.swddev.com/wp-includes/class-wp-hook.php on line 286
 A Half-Wit Hero – Scottish Review of Books 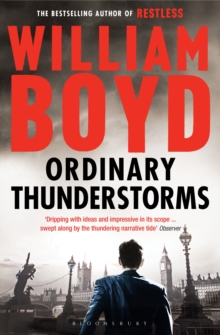 It is almost thirty years since William Boyd published A Good Man in Africa. An immediate success, it won the Whitbread prize for the best first novel and the Somerset Maugham Award.

Boyd had already caught one’s attention with elegant stories published in London Magazine, and his second novel, An Ice-Cream War marked an advance on its predecessor and was short-listed for the Booker. So he began at, or near, the top, and has remained there ever since. The quality of his novels may have varied, but that is true of all but a very few writers; they have never been less than assured and always readable. He has had from the first the gift denied to many, of telling a story. Indeed, in his mastery of narrative, he may well be compared to Maugham himself. The plot may occasionally creak, but you read on. To say this is not to damn with faint praise, for the ability to hold the reader’s attention is not to be despised.

In one quite important sense Boyd is very much a writer for our times, for the world of easy travel and credit cards. He is curiously rootless and, when you think of him, you don’t associate him with any particular place. His family is Scottish and he was educated here, at Gordonstoun and Glasgow University, but his subjects and appeal are international rather than Scottish, even though the “good man” of that first novel – Dr Mackay – is in his moral temper convincingly, if now, perhaps even then, old-fashionedly, Scottish. James Todd, film-maker and hero of his most ambitious novel, The New Confessions (1987), which I tried, unsuccessfully, to persuade my fellow Booker judges to put at least on the shortlist , is also very recogniz-ably a Scot, though his career takes him, like so many Scots, far from Scotland. In subsequent novels, however, his characters rarely seem to belong anywhere particular. They either have no background or such as they are granted is sketchy, unpersuasive and unimportant.

They might have grown up anywhere, and this is reasonable, for in adult life, they don’t seem to belong anywhere either. They are abstractions, no matter how much we are told about them. Sometimes, like Logan Mountstuart, whose diaries and memoirs provide the matter of Any Human Heart, they are given a full biography, but there is always something arbitrary about it. Likewise the settings of Boyd’s fiction are well-researched, and you can follow his characters’ movements on a map, but there is no deep engagement with place such as you find in, for instance, the very different novels of Peter Ackroyd or William Trevor. This may be felt as a weakness, and to some extent it undoubtedly is, but at the same time, it is a condition of Boyd’s modernity. If his characters don’t belong anywhere, this is because as with so many people in our shifting cities today, everything in their lives is provisional. Indeed they make themselves up as they go along.

Adam Kindred, the hero of his new novel is driven by circumstance to do just this. We are told he is a climatologist – it’s fashionable for novelists to give their leading player a scientific background, and there is a prefatory note telling us that “ordinary thunderstorms have the capacity to transform themselves into multi-cell storms of ever growing complexity” and that “the grandfather of all thunderstorms is the super-cell thunderstorm” (Storm Dynamics and Hail Cascades by L.D. Sax and W.S. Dutton); but this is no more than a bit of showing-off on Boyd’s part, or, charitably, a hint of what is in store for Adam. In truth however his career as a climatologist is quite irrelevant; it’s merely a label to stick on him.

The opening of the novel is coyly affected: “Let us start with the river – all things begin with the river and we shall probably end there, no doubt – but let’s wait and see how we go. Soon, in a minute or two, a young man will come and stand by the river’s edge, here at Chelsea Bridge, in London. There he is – look – stepping hesitantly down from a taxi…”

This is dreadful, and should have fallen victim to an editor. The ending of the second paragraph is just as bad.

“He crosses the road, having no idea how his life is to change in the next few hours – massively, irrevocably – no idea at all…”

This bid for significance is really little more than an authorial clearing of the throat; tiresome all the same. Fortunately things soon get better.

Adam has come from a successful job interview. He goes to eat in a small Italian restaurant, and gets into conversation with the man, a certain Dr Wang, at the next table. When Dr Wang leaves Adam finds that he has left a folder behind him. Since his address is on the label he decides to return it in person. He speaks to Dr Wang on the inter-com. The porter admits him to the block of flats. Adam signs the book and goes upstairs. He finds the door open, the flat in disorder and Dr Wang lying on his bed with a knife in him. Wang tells him to pull it out. Adam obeys, doubtfully. Then he hears a noise in the next room. The killer is still in the flat. He flees, taking Wang‘s folder with him. Instead of calling the police on his mobile, he goes back to his hotel, by way of a pub. He is well and truly launched on the adventure that, as we have been warned, will change his life “massively, irrevocably”.

Now one is not entitled to complain when the hero of a novel behaves like a half-wit. Many people in real life do so too, and in any case it’s a convention of the thriller genre that the hero (or heroine) should find himself in a fix from which he might quite easily have extricated himself, at the cost of only a little discomfort, if he had behaved sensibly at the start, even if this isn’t the case in some of the best thrillers, such as Geoffrey Household’s Rogue Male, to which Boyd’s novel bears some slight resemblance; in that book the hero’s response to the fix he is in is quite sensible. Be that as it may, Adam Kindred, wanted by the police and pursued by Dr Wang’s ex-SAS killer, goes to ground, first hiding in a waste patch of ground by the river, and then sinking into London’s underworld. In what is perhaps the novel’s best observation, Boyd remarks that “the only way to avoid detection in a twenty-first century city was to take no advantage of the services it offered. If you made no calls, paid no bills, had no address, never voted, walked everywhere, made no credit card transactions or used cash machines, never fell ill or asked for state support, then you slipped beneath the modern world’s cognizance”. This is good, even if it takes no account of the ubiquity of CCTV cameras.

As a thriller, Ordinary Thunderstorms is, like Boyd’s last novel, Restless, a nice well-made piece of fictional machinery, inventive in the use of detail, straining, but never quite breaking, credulity. The plot, turning on the willingness of a pharmaceutical company to put a drug for asthma on the market, even though the responsible chemist (Dr Wang of course) has had second thoughts on discovering it is killing children, is far-fetched but adequate for the task. The other main characters, notably a river policewoman, her hippy father, and a gilt- if not quite golden-hearted prostitute who befriends Adam may be conventionally constructed of cardboard, as are the ex-SAS killer, given a basset hound in an effort to lend him individuality, and the chairman of the pharmaceutical company who has a regular date with a prostitute and debates with himself every morning as to whether it is a day for underpants or no underpants. But none of this matters, any more than the familiarity of the various low-lifes Adam encounters, all recruited from central casting. It is more distressingly to the point that, for all Adam’s wanderings through the seedier and more sinister parts of London, we get no sense of the city itself. The word ‘Dickensian’ springs to mind simply because of the absence of any Dickensian quality, any sense of urgency, any felt life, in the portrayal of London.

What we have then is a well-crafted if predictable plot, a novel which is sufficiently amusing to hold to hold your attention and persuade you to suspend your disbelief. It moves along briskly and there are enough little surprises and twists to keep you reading. In an undemanding way it is enjoyable.

The trouble is that there are scores of crime writers who can do as well, and a handful at least who do this sort of thing better. What is missing is any note of individuality, or to put it bluntly, William Boyd himself. Now there is of course no reason why an author should intrude in his fiction. Many of the greatest have practised self-effacement. Yet, the best of those, like Ford Madox Ford, whose idea of the novel called for the author’s absence, for an exercise in abnegation, have had an unmistakably personal tone which impresses itself on the reader. If Boyd’s mastery of narrative is indeed comparable to Maugham’s, as I have suggested, nevertheless Maugham scarcely wrote a sentence which was not, in tone and rhythm, unmistakably his. But Boyd’s sentences might be anyone’s. There is no individual voice in these recent novels.

It may be that he is happy to settle for being agreeable, for turning out slick entertainments which will be assured commercial successes. (One might however remark that even those novels which Graham Greene styled “entertainments” had his distinctive tone, and there is nothing distinctive in Boyd’s.) If so, if he is content to be an accomplished manufacturer of fiction, a smooth professional operator, that is understandable in the present cold climate for the literary novel. But it seems a pity, especially when one looks back to the achievement of The New Confessions, one of the finest novels of the 1980s, better than anything written by those with whom his name used to be loosely linked – Rushdie, Amis and Barnes, for instance – as the rising stars of the British novel; and when one remembers the promise of still greater achievement which that novel offered – and which indeed some found, later in Brazzaville Beach.

“Boyd is very much a writer for our times, for the world of easy travel and credit cards.”

Perhaps he is marking time while he prepares to write the richly distinctive novel of which he has seemed capable, the one which will answer the questions “who and where is William Boyd?” But it may be that the very quality of being apparently at home anywhere in the modern world is working against his talent, so that he is ultimately at home nowhere, has nothing urgently to write that is his and his only. Sad if this is the case. He will doubtless go on writing novels which never or rarely fail to please, which satisfy an undemanding readership. But he once seemed capable of much more than that, of writing novels which mattered, as this latest doesn’t. The promise of the extraordinary has faded and dwindled into the ordinary. He gives the impression of having settled too comfortably for what he can do easily, and to have refused at the stiffer fences which the novelist who hopes to be read by more than present generations must nerve himself to clear. 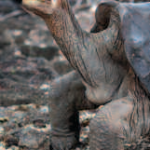