The Tidal Pools of Fife

Quick or slow, either way it really hurt
at first; shocked awake
by way of entertainment, as though pain
were the price of admission to the club,
as in a way it was, they shrieked and swam. Thick-skinned and canny, those loons and quines took pleasures won from work and hurt; knew complete immersion in their lives, the release
of summer evenings, sprushed to the gills, dancing on the Folly to the accordion.

Up all our coast, those chilly pools
built by subscription between the Wars,
long pastel beaks of diving boards
where folk dared or did not, the changing huts
where couples dared or did not,
in time stopped holding water.

Too harsh, too raw – by the Sixties
only we children went there, daring each other
with tales of congers in the slimy weeds,
vast lobster lurking under slabs.

Now there is no one, no depth of water,
just broken wall and cement bases
like fallen tombstones, mark something happened here.

Old fishermen would gather at the harbour head in a tilt of bonnets, a net of cheekbones,
swell of arthritic hands, a knot of mufflers –
the moan and chuckle of old men
as their sons set out, doing well back then.

They thinned out, disappeared, were not replaced, around the time the outdoor pools fell in.

I think of Alex Watson who never joined them once he’d retired, disliking the sea,
though he had loved to swim
and dance on the Folly with his wife to be;
how he sat uncomplaining as cancer ate him, eyebrows like grey spray, quiet as haar.

He died in his Faith without fuss.

That man held no office,
made no fortune, only swam and danced,
worked and took the Scouts while his children grew (their graduation pictures crown Fife mantelpieces, embarrassed at the fuss but chuffed,
clutching the scroll that gets them out).

The kirk filled when he died, though he was
no one special, only one of them, so much so
he was their full and late expression,
like the outdoor pools they claimed for fun
where people used to freely come
to laugh and swim and share,
manned to the brim with the gift of tides.

The fishermen’s stores were founded on tide-wrack and the ancient harbour wall,

dull and undulating, is little other
than the sand it will be.

Only raw Fife thrawnness holds it there.

A retired fisherman wakes early in Cellardyke, gropes downstairs, feeling himself kept company by his habit, the specific ache

in his knees, and an isolation
so faithful one is never alone. God knows he never liked the sea.

peel away; in this unforeseen hour
the presences that have breathed here all night are taking their leave,

old crew-mates who will receive him soon, hoist high in the dripping
purse net of their arms.

The family house is sold,
I don’t go back much any more,
but when I do, the one who comes to mind
I scarcely knew: Eck Hutchinson
set out for lobster off Fifeness
on a rowdy day, trusting his youth, his eye, his luck, wanting a pocket o siller for the waddin.

A week later he washed up
eyeless, luckless, ageless.

She married later, her children have left home; Eck Hutchinson remains
snagged at nineteen on those skerries, however many waves break over them, and us.

Granted we might take advantage and live another life among back-country hawthorn, shape-changed; perched on a branch
be an unexpected addition
to the tree of the living sentence,
head raised to leaf-broken sky.

I would walk again on Ne’er Day
the low coast to Kaiplie, where wet fields gleam under the wind, a barber’s strop putting an edge on Eternity,
and come at last to the caves adopted
by monks, the dispossessed, then smugglers,

then nothing but the odd damp teenager.

He thinks of Vimto and the fisherman’s daughter as he crawls into the deepest cave
under what he believes a fanciless place,
to emerge into a glowing chamber
where many red candles burn silently on ledges.

Observance without witness, silence without hearer, was this ritual abandoned, or as it were
set in motion and left running,
as he did? It would be that something
never quite accounted for – a hint of water
in the eye of a lover who never really liked you,

those Ne’er Day flames in that dour place –
that make them linger still, like young Eck,
or Alex Watson, fisherman who never liked the sea; something homes in through this brief day,
past the dark skerries, towards the gleam of razor light bleeding down on Sillar Dyke.

And after all, what is it for,
the way a certain place comes home

to roost, at failing light, within your branching ribs?

Nothing stirs
but the raptor that cries

only when it’s hunting: you jolt awake:

The music of this world eludes us,
we agreed, crossing the new building site, yelling off-beat to the pile-driver;

In Inverarnish we did not register Pan-pipes in scaffolding as wind picked up.

We walked to Clachan, where waves
broke without lamenting; among pallid stunted birch, we heard only white noise and what was said between us
scarcely amounted to a lyric, even in Gaelic.

‘The world has neither music nor meaning,’ said one of the more virulent among us. ‘We simply misrepresent these birds
when we say they sing.’ None disagreed,
no one felt better for his words.

Then Mairi stopped, raised one long-fingered hand like a tour guide, or someone making
a new bid: Cluinnidh mi e,
I’m hearing it. Listen, m’ eudail!

Her fervent eyes and vowels turned some dial,

letting us tune to the atonal
Techno where her distant uncles nailed corrugated extension to the Albach Bar. The sun went down behind Ben Cana ‘And darkness came upon the kyles’

as we walked again the woods of Hallaig, hearing the unborn and the dead
through Sorley’s ‘straight and slender rowans’ croon waulking songs, ‘Wet is the night, Come in my love’; their pale arms beat

coarse and densely-woven gloaming
to song-fabric that might cover us through nights and sorrows we cannot bear unmantled. Ceòl bith-bhuan an t-saoghail, Still they don’t understand us! Mairi called,

and from pierhead waved her hazel rod, conducting through the night of our departure music from bar and bard and woods;
we hear it still, so far out beyond
the Sound of Raasay, MacLean’s velvet drum.

Without looking,
they take each other’s hand.

She fits below his oxter, he fits into her mind.

most days, putting on a shirt, we push buttons home

without looking,
thinking of something else, 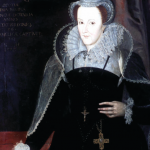