Warning: session_start() expects parameter 1 to be array, string given in /home/customer/www/scottishreviewofbooks.org/public_html/wp-includes/class-wp-hook.php on line 307
 Plant Life – Scottish Review of Books

MY DAYS at the moment are divided between sitting at my desk and, when the rain is at any angle other than the horizontal, trudging down to the beach to drag up bagfuls of seaweed. About half is thrown on the compost heap, the remainder heaped with composted bracken on ground cut to make lazy-beds for potatoes. From the woods we’ve had wild garlic, portions of chanterelles you’d need a mortgage to afford in London, and unexpected windfalls of hazel nuts and damsons. So far, so Flora Celtica.

We haven’t yet given up the Posturepedic for box beds and heather or tried to dye our clothes with lichen. The paper I’m writing on was nicked from the BBC rather than being made in situ using bracket fungus or wood pulp. And I haven’t yet been reduced to collecting enough silverweed root to boil up for supper, a job somewhat reminiscent of picking pepper out of sand while wearing boxing gloves. So far, so reassuring to potential guests.

Chicken tikka masala and clothes made in Sri Lanka may have become our everyday norms but there’s nothing new in our contempt for the familiar and attraction to the exotic. One of the first literate Scottish travellers made the point in 1698. A short passage from Martin Martin’s A Late Voyage to St Kilda acts as a preface to Milliken’s and Bridgewater’s wonderful book. “It is a piece of weakness and folly merely to value things because of their distance from the place where we are born: thus men have travelled far enough in the search of foreign plants and animals, and yet continue strangers to those produced in their own natural climate.” Flora Celtica is not a bible of self-sufficiency but a salutary reminder that near-at-handness is a blessing, albeit a labour-intensive one.

It is hard to imagine such a book being written quite so confidently sixty years ago, though Frank Fraser Darling’s immaculately written reports on Scottish crofting covered some of the ground. Odd that he doesn’t merit a mention, even if he was primarily a bird and deer man. As to the novelty of the project, Milliken and Bridgewater claim none since such guides go back at least to Light-foot’s Flora Scotica in 1777 (the oldest I know of) and because they follow somewhat in the footsteps of Richard Mabey’s Food for Free and Flora Britannica. What’s different a decade on from that magnificent pre-millennium project is first the range and confidence of writing (including their own) on native resources and secondly a carefully stoked public appetite not just for “organic” produce but for “natural” manufacture as well.

The most immediately encouraging aspects of their book are that it is premised on practicality and not primarily on folklore (as is Stefan Buczaki’s otherwise attractive Fauna Britannica, and that it has no one-dimensional “environmental” agenda to flog. There is a level-headed closing section on the post-industrial heritage and the need to aim for sustainability and there are occasional rhetorical references to future climate change, like: will the alpine catchfly continue to bloom among our rocks? The answer to this is no. Or, if an equally possible scenario unfolds and we get significantly colder, no. Milliken and Bridgewater are more interested in observation and application than in prediction.

Climate change and a realistic understanding of the ratio between human activity and natural forces (viz. the Asian tsunami) in our long-term future are probably the two greatest philosophical/practical questions facing us in the 21st century. At a human level, though, it boils down to: will there be enough spuds to boil next year? After three weeks of unremitting rain, and a growing, gloomy conviction that the raised beds might have to be retasked as breeding ponds for koi carp, I phone Pete Baxter, curator at the Younger Botanic Garden near Benmore. Yes, it had been a wetter than usual year, a good twelve inches more than the ten-year average, but no, he couldn’t offer a definitive answer as to whether climate change had made a discernible real-time impact during his ten years at Benmore, beyond an “impression” that the rain came in bigger dollops and that winds were more severe. Interestingly, he had that morning received an invitation to a conference of the International Dendrological Society – trees to you and me – whose brochure contained an interesting disclaimer. The organisers wished to make it clear that climate change was accepted as a given but refused to let sessions become bogged down in discussions about timescale or actual outcomes. This is a sensible tactic given that newspaper journalists are as good at extracting apocalyptic headlines out of modest scientific papers as people on Tiree used to be at finding enough silverweed to make supper. Due scientific caution is a more honourable course than hedging your bets.

Hedging is, of course, one of the country crafts which have long since disappeared, though they may yet be revived through the good offices of enlightened institutions like Oatridge College in West Lothian. Throughout Flora Celtica Millican and Bridgewater make it clear that plant-use is intimately bound up with skills and technologies that are far subtler than their supporting infrastructure would lead a sophisticated urban observer to believe. How, other than by risky trial-and-error did Mesolithic man learn that lesser celandine roots could be cooked as food or that the plant – otherwise known as pilewort – makes an excellent specific for haemorrhoids. Consider the perils of the empirical approach: if cooked celandine turned out to have the same properties as chilli peppers, the makers of Anusol wouldn’t be worrying about their market share.

Though their emphasis isn’t primarily folkloric, Milliken and Bridgewater are keen to trace the history of plant-use through the most durable of all human creations: place names. Thus, Sauchiehall Street was where willows (a staple country resource) once grew in a boggy place, long before it was a place where willowy girls retreat to the bogs to discuss who they’ve pulled. Balerno was where sloes were picked rather than a place where “sloe” is pronounced with an extra diphthong. They look – again! the book’s dullest section – at the mythology of the Green Man, and more interestingly the Burry Man who stalks Queensferry once a year, sipping drams through a straw at every stop. If they could have seen me clearing the slips for the above-mentioned beds, emerging every now and then covered in burrs to scare the postman or the health visitor, though rarely as intoxicated . . .

Flora Celtica is beautiful as well as useful. Some of the colour photography (much of it by Milliken) is too murky to be of much use for identification, though that is the fault of modern printing rather than authors or publisher. They make extensive use of images from the Hebridean archive of Werner Kissling, who’s been championed by former SNP MSP Michael Russell, and offer glimpses of how traditional crafts are being revived and updated. A specialist – a dendrologist or wood-turner – might say that the sections on trees and wood is disappointing, but there is a substantial enough bibliography in this area, not least by the estimable Alistair Scott, that the gap isn’t obvious. The main text is plainly written and readable, with species names highlighted, and every section is punctuated with stand-alone boxes, often written by contemporary craftsmen or looking at the lives of extraordinary Scots, such as the reclusive and silent Angus McPhee, who wove grass into boots and giant trousers and whose story was told in 2000 by Joyce Laing. There are also short, telling extracts from the writings of early travellers (like Martin and Lightfoot), from the First Statistical Account (still a model of national self-analysis; when will Holyrood commission a new one?), and from researchers who fed information to the Flora Celtica project. I read it straight through and have been dipping into it, both casually and for specific answers, ever since. It’s the must-have book for anyone who lives in Scotland rather than despite Scotland.

I’ve already had the pleasure of chewing at stems I haven’t tasted since a childhood spent on this same coastline and at improvising a water-pistol from a few late-standing hogweed plants. I may yet hunt down a supply of juniper for smoking meat and fish, and I might even get round to tanning skins with tormentil once I learn to identify that small scion of the potentilla family. But I do now have some hope that those lazy-beds might work after all, if we can just count on a more modest rainfall in 2005.

There’s as little of The Good Life about Flora Celtica as there is of The Day After Tomorrow. Its refusal to speculate about climate change isn’t just a tactic to defend itself from obsolescence. Nor is its championing of traditional crafts a cosy suburban fantasy. The “people” who co-existed with these plants, nurtured them, thrived on them, sometimes depended on them for survival, lived hard and sometimes marginal lives. Their nearness to us in time and geography is deceptive. Their relevance, though, is unquestionable. Whatever the future holds, however consumer imperatives shift, the lore contained in Flora Celtica deserves to be preserved and has found its ideal champions. The answer, of course, is “stories”. 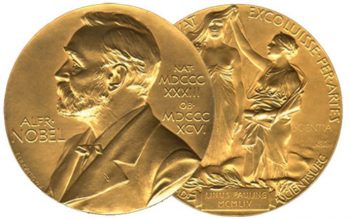