The first of the three volumes of The Edinburgh History of Scottish Literature, EUP’s magisterial survey of Scottish writing, uses as the opening part of its title the name of a sixth century Irish saint who wrote poems about the pain of exile from his native Derry; the title of the third refers to the emergence of new identities in contemporary Scotland. Together they suggest that Scottishness has never been a given or fixed quality, and that the evolution and interplay of cultural affiliations is as old as Scottish literature itself, and considerably older than the concept of Scotland as a polity rather than a mere territory.

The Scottish case is particularly fascinating, not only because of the lack of a single national language (to have two or more national languages is in a sense to have none) but also because of the unique intimacy of the country’s connections to all three of its archipelagic neighbours. Broadly speaking, Scots is a sister language of English, as Gaelic is of Irish. An argument could be made for Welsh as the most vigorous of the medieval literatures of the Celtic world, and some of the greatest works of Brythonic literature, including Y Gododdin and other foundational texts of Welsh national identity, were written by and about denizens of what we now call Scotland.

The first volume of the Edinburgh History includes essays on the Norse, Welsh, Latin and early Gaelic literatures of Scot-land. These are of a high scholarly standard, though some of them rather too successfully avoid the sort of commentary on the aesthetic dimension of their materials that might have made them of interest to a non-specialist readership. There is nonetheless much that is suggestive and stimulating here, not least Jenny Row-lands’s scrupulously problematising piece on Y Gododdin and Katharine Simms’s account of Muireadhach Albanach Ó Dálaigh, a thirteenth-century poet from Lissadell in Sligo (a place now identified with WB Yeats, who, incidentally, first published many of his most influential writings on folklore neither in Ireland nor England but in the pages of the Scots Observer, and who managed the Abbey Theatre’s response to the 1907 riots over The Playboy of the Western World from the safety of Aberdeen, where he was visiting Herbert Grierson). Muireadhach (‘Mur-ray’), a member of the leading poetic family of O’Daly, was called ‘Albanach’ because he took refuge in Scotland (‘Alba’) after killing a servant of his patron O’Donnell in a fit of pique. Simms demonstrates that some of the poems traditionally attributed to him appear to have been written rather by Giolla Brighde Albanach, who more precisely deserved the ‘Albanach’ sobriquet on the basis of his status as a native-born Scotsman. The confusion over the ascription of these sophisticated and learned poems – all of them committed to the new bardic Gaelic that would survive for half a millennium as the idiom of formal composition in both territories – attests to the cultural unity of Ireland and a huge tract of Scotland in the late medieval period.

The coverage on Norse, Latin and Welsh materials here, like that of Gaelic in this and the two subsequent volumes, demon strates how far literary historiography has come in the nine decades since G. Gregory Smith’s pioneering study, Scottish Literature: Character And Influence (1919), a book notoriously reviewed by T. S. Eliot under the heading ‘Was There A Scottish Literature?’ Though Smith had some intriguing observations to make on the impact of Gaelic on the mentality of the Lowlands, he worked under the assumption that Scottish literature began with the makars and conducted its business first in Scots and then, increasingly, in English. His study is that rare thing, an academic treatise that decisively influenced literary production. Excited by Smith’s demonstrations of the characteristic Lowland capacity for cultivating and fusing oppositions (and by his ludicrously pedantic term for the phenomenon, the Caledonian Antisyzygy), Hugh MacDiarmid set about exploring its continued potential during the pell-mell composition of A Drunk Man Looks At The Thistle in 1926, proving himself in the process the brilliant if unlikely heir of the medieval Scots poets cited by Smith. Almost immediately, however, he became disillusioned with the Teutonic version of Scottish identity purveyed by Smith and other representatives of what from our present viewpoint can be seen as the late high unionist phase of Scottish self-understanding. MacDiarmid went on to argue noisily for the pluralist character of Scottish ethnicity; his 1940 anthology The Golden Treasury of Scottish Poetry, which interspersed Scots and English poems with translations from Latin and Gaelic, marked an emphatic step on the road to the polyphonic vision of Scottish culture taken for granted by the Edinburgh History.

Of the 32 essays in Volume One, only four deal directly and exclusively with Scots literature as Smith would have understood the term – one with poetry and the court, along with an essay each on Henryson, Dunbar and the ballad. The treatment of John Barbour, Gavin Douglas and the first Alexander Scott seems at best cursory in an enterprise so ambitious in scale. Part of the problem may be the History’sextension of the 1980s habit of discountenancing artistic deployments of language in favour of functional ones (refusing to ‘privilege the literary’, as the jargon of the day had it). The huge Field Day Anthology Of Irish Writing, one of the most notable products of that post-structuralist rush, had the consistency (and the courtesy) to omit the word ‘literature’ from its title. Certainly the articles on geography, language, law, theology, philosophy and politics here are worth having – some of them are vividly illuminating, besides serving to enrich our sense of context. It is regrettable nonetheless that one of the great cultural flowerings in Scotland’s history – that of Lowland poetry in the last century and a half of the independent kingdom – should be scanted to make space for them.

Overall the treatment of fifteen centuries of writing is as deep as it is comprehensive. The interest of the 1707–1918 volume in scientific, legal, philosophical and travel literature is entirely apposite, given that these were the great years of discursive enquiry in Scotland. Cairns Craig pushes the end date of the Scottish Enlightenment well into the later nineteenth century, many decades after the Dundas era in which the achievement of rationalist ‘North Britain’ is conventionally said to have reached its diminuendo. He does this by disputing the notion that Scotland’s “great philosophical project” (Gordon Graham’s term) was primarily epistemological, and by focusing on the work of figures such as the physicist James Clerk Maxwell and the anthropologist JG Frazer. The second is perhaps the most revisionist volume of the Edinburgh History, not only challenging received notions about the intellectual and temporal scope of the Enlightenment but also showing up as ahistorical and under-informed standard critical attitudes to the Kailyard and indeed to the cultural condition of Victorian Scotland more generally. Nigel Leask is at once generous and sceptical in teasing out the ambiguities inherent in literary Scotland’s involvement in the British imperial adventure. New perspectives on interactions between Scot-land and Ireland are thrown up by Murray Pittock’s lively, thoroughly researched article on Jacobite song.

Few informed commentators would argue that Scottish literature underwent a decline in the post-World War One period covered by the third volume of the Edin-burgh History. And yet, where international attention was concerned, writing from Scotland suddenly lost the immediacy of appeal and instant canonicity it had enjoyed for a century and a half when, from Macpherson through Burns, Scott and Byron (that Aberdonian byspale) to Stevenson and Conan Doyle, it had well nigh dominated the imaginations of readers from America to the Urals. (The extent to which Ireland displaced Scotland as a globally visible powerhouse of literary innovation, Shaw-Yeats-Joyce-Beckett-Heaney taking over from Macpherson-Burns-Scott-Byron-Stevenson, is worth remarking, and the reasons for the shift worth pursuing – if not over drink). Alan Riach’s spirited apologia for MacDiarmid and Margaret Elphinstone’s sensitive tracing of the relationship between equivocation and affirmation in Muriel Spark’s fictional and non-fictional narratives attest to the quality of the more ambitious literature of the period. With its explicit attention to gender identity, material culture, film, regionalism, diasporic writing and hybrid ethnicities, this third volume of the Edinburgh History avails of an even broader definition of literary historiography than the other two. While this may be justified in terms of the characteristic concerns of the later twentieth century, it inevitably reduces the space available for discussion of individual authors. One might have wished for more central and extended treatment of Naomi Mitchison, Neil M. Gunn, Alasdair Gray and James Kel-man, for example. These writers, to be fair, do receive a modicum of expert attention. W.S. Graham, perhaps the only Scottish practitioner of poetry since MacDiarmid and Sorley MacLean to approach the highest reaches of the art, is less fortunate. Paul Barnaby and Tom Hubbard mention him as “a writer seldom identified abroad as Scottish”. And not over-frequently identified as such at home either, by the looks of things: the index is otherwise silent on him .

Roderick Watson, whose essay on modern poetry in Scots is one of the more thoughtful contributions to the third volume of the Edinburgh History, has updated, expanded and otherwise revised his seminal 1984 work The Literature Of Scotland. In its original form this was an indispensable publication, the first Scottish literary history to give Gaelic writing parity with Scots and English. This new, two-volume edition retains the contextualising historical and biographical character of the earlier version, but awards fuller treatment to Latin and to the products of the Scottish Enlightenment, besides offering ground-breaking and extensive coverage to the last, busy quarter of the twentieth century. Recent research findings have been absorbed, the number of writers considered in each period increased, and the author’s second thoughts on a range of texts and issues interestingly explored. While there is no grand thesis or flash phraseology here (how far we have come from Smith’s Anti-syzygy!), Watson points up the persistence of egalitarian and democratic values in Scottish writing from Henryson to Tom Leonard. His chapter on the sixteenth century is called ‘John the Commonweill’, after the personification of the misgoverned commons of Scotland in one of Sir David Lyndsay’s allegorical poems. John the Commonweill has rarely been served so well by scholarship. The two richly detailed, unfussy and informative volumes of this enhanced version of Watson’s study are a testament to great learning lightly carried: they make the wealth and excitement of Scottish writing accessible to the layperson by way of cheerful, unpretentious but never less than shrewd prose. Academics and professionals will be eager to get their hands on the scholarly lucubrations of Edinburgh History. A much broader public will be grateful for The Literature Of Scotland.

The Edinburgh History of Scottish Literature Vol. I: From Columba to the Union

The Literature of Scotland Vol I: The Middle Ages to the Nineteenth Century
Roderick Watson
Palgrave Macmillan, £16.99 pp389, ISBN 033366664X 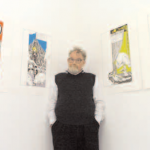 A Life of Loose Ends